History provides a future for the retired

Instead of a shining new development for the retired, Anchor Trust and English Care Village Partnerships are using design to invent a history for an assisted living development in Hampshire, as Steve Menary reports.

Ensuring good design can be achieved in a number ways, but in Hampshire the county council is using the planning system to safeguard new developments, such as the Bishopstoke Retirement Village near Eastleigh in Hampshire.

The first phase is due for completion by this autumn and will provide a retirement village that is rated both Excellent in the BREEAM system and level four in the Code for Sustainable Homes.

The scheme will feature over 170 homes and a 48-unit care home plus a Wellness Centre, swimming pool, hair and beauty salon, village bistro and delicatessen, but the idea behind the design for the scheme is not for a gleaming new residential project but a sense of gradual development that reflects the slow ageing of the residents.

“The architectural concept is to retain the charm and heritage of the original Mount building and create a new future for the historical building, which will remain at the heart of Bishopstoke Park retirement village community.”

“There are so many finishes out there from different bricks to different renders and roof tiles and Flemish bond and stretcher bonds.

“The idea was to make it look as though it had been developed over time. The swimming pool is very modern but attached to the Victorian section. They didn’t want it to look like speculative box-housing. Even the flat types are different. It’s more about a sales type and a level of finish.”

The idea for the scheme was created by the English Care Village Partnership and is being developed and will be run by Anchor, England’s largest not-for-profit provider of housing and care to older people.

The initial design was developed by award-winning Gloucestershire-based architects Tyack, which has a track record in residential designs. The outline service design was initially put together by Environmental Services Design (ESD) as part of the pre-planning stage. This outline design was then developed further by Urban Edge to enable the trust to secure planning permission.

To build out the scheme, Anchor opted for the D&B route. After using the initial plans to put the job out to tender, in April 2013 the trust chose Willmott Dixon ahead of bids from Galliford Try, GB Building Solutions and Leadbitter for the contract.

Willmott Dixon has a track record working on projects in the care home and retirement sector for clients ranging from Housing 21 and Catalyst to Chevin Housing Association. The group had also previously worked for Anchor Trust elsewhere on projects such as the £63 million Denham Garden Village in Buckinghamshire.

The site of the Bishopstoke project was a former healthcare facility, the Mount Hospital. Although nearly 15 hectares in size, the plot is dotted and surrounded by trees, such as Copper Beech, that had tree preservation orders and had to be retained.

The main central building featuring 36 units from linked assisted living units to close care units and a care bed section is deemed a commercial building as this will also include shops and a commercial kitchen. As a result, this part of the scheme falls under the BREEAM system and the outlying apartments are rated under the Code for Sustainable Homes.

To secure BREEAM Excellent and code level four, the design specified features including a combined heat and power (CHP) plant powered by gas and underfloor heating throughout.

“Ultimately, you would go for a biomass boiler but you can still achieve level four in the code with a gas powered CHP, which provides a 25 per cent improvement on Part L, which is what we need to achieve.

“You can also do the heating with radiators but underfloor is better. The rest of the credits come through areas such as waste control. That’s our company policy anyway and we are diverting waste from landfill with bricks, block, timber and metal all sorted. Between 90 and 95 per cent of the waste from the scheme has been diverted from landfill, which is an exemplar credit, which is good to achieve.”

The scheme includes meters for the heating, hot and cold water and electric in the main building to help identify any leaks or excessive usage. “That leak detection is great for BREEAM,” says Kilby.

Storm water on the site is diverted from the sewers into infiltration tanks, while permeable paving has been specified between the car parking spaces to also aid the drainage. There is no grey water recycling but rainwater is harvested from the swimming pool building and used to flush the toilets.

After a record breaking January 2014 for rainfall, there has been no shortage of water on the actual building site. Apart from the rain, perhaps the biggest obstacle for contractor Willmott Dixon has been retaining an existing Victorian tower at the heart of Bishopstoke Park.

“It was almost a façade retention,” jokes Kilby about the derelict building, which was without a roof for two years and was retained as part of the planning permission. With the building set to link to other new elements, saving the tower was also central to preserving the history of the site, however the design proved problematic.

“Because of dry rot, everything had to come out and it’s been a bit tricky. Literally every bit of timber, including the bits they originally drove between the brickwork to secure the doors, had to come out as they harbour the spores from dry rot in the walls. At one point, there were three storeys without floors that were unbraced.”

The building has since been secured with scaffolding by sub-contractor Harsco working for Willmott Dixon at Bishopstoke Park. The tower windows have all been replaced, providing a test for John A Russell Joinery.

For Willmott Dixon, the supply chain has been key to building out such a complicated design. Kilby adds: “It’s quite a complicated build as there’s so many different interfaces and you need quality sub-contractors, not house-bashers. The quality has to be there to match the bricks and the roof tiles. It’s not just about bashing up a house then leaving.”

After Willmott Dixon won the contract, Urban Edge was novated to work with the contractor on the D&B project and Kilby says that relationship is what has proved important to the successful delivery of the project.

“The designers took the initial design and developed it to conclusion. That’s part of the checking. There’s a lot of elements on the site that talk to each other like the warden call system or the BMS , which counts towards BREEAM.

“You also have to be a lot more careful in selecting materials. The architects had to work with the BREEAM guide to achieve the credits. Some of the roof tiles did not have good ratings, but need to be an A or A+. The timber also needs to be responsibly sourced.

“It’s the due diligence on what’s going in, then the minimising of waste on-site that goes to landfill. It’s all interlinked. That’s why you need a design and build contractor so that we can put our experiences into it and say ‘you don’t want to do that.’”

Although a record-breaking January in terms of rainfall delayed work on-site, the scheme is expected to be complete by October 2014, but off-plan sales for units in the first phase began in May 2013. The cost of the units at Bishopstoke Park range from £198,000 for a one-bedroom, assisted living apartment right up to £689,000 for a penthouse apartment in the Pullman, Bristolian, Fenman or Caledonian range.

Services charges are £110 a week on top of that, with buyers essentially buying a package of care as much as a new home. Even on the relatively affluent South Coast, those prices are not cheap but with a design aspiration way ahead of the units churned out by volume housebuilders, the scheme has quickly found demand.

By the end of February 2014, a total of 52 per cent of first phase purchasers have bought off-plan doubling the figures for sales expectations, with almost 80 per cent of all village apartments being reserved. With a design that found favour with the planners, a second phase is in the pipeline to expand Bishopstoke Park. Phase two has planning approval and, though the contract will go out to tender again, Willmott Dixon’s team will hope that their work so far is enough to secure the job. 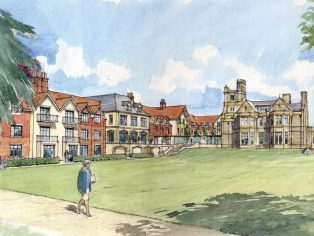 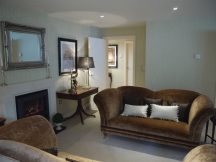 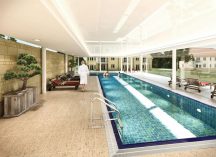 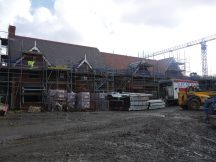