Windows often provide a view into history but, sometimes, they tell their own story. This is the case with a stained glass window on the staircase at the Royal Forest Hotel in Chingford, Essex. Depicting Queen Elizabeth I and her court taking part in the famous Epping Hunt, one panel reveals an intriguing connection with Steel Window Association member, Govette Windows.

The link was made by Arthur Johnson who was researching the hotel’s history and noticed a panel stating:

“This window received extensive damage during World War Two and was restored in 1948 by The Govette Glazing Co. Battersea.” Arthur subsequently contacted Govette Windows to find out about any relationship with the present company.

Darren Lloyd, managing director of Govette Windows, explains that Govette originally had a director called Fred Hancock whose family history went back to the Huguenots and that they had left Europe and settled in England.

“Fred, along with a Mr Lea, set up the company and named it Govette – the family name when they were in Europe. Fred’s speciality was glasswork, stained glass and leaded glass and he established a small workshop in the basement of 1 Park Hill, Clapham; it’s not clear why the window’s inscription mentions Battersea.”

At the time, Govette specialised in glasswork but, as the company diversified into steel window and door manufacture, the glassworks moved, eventually becoming Warner Glass which is still in Croydon. Darren’s father worked for Govette Metal & Glass Works, originally as a draughtsman and then as a director. Govette Windows, as it became, has been supplying and installing steel windows and doors since 1996. Based in South Godstone, Surrey, all its products are purpose made so they can be manufactured to match existing windows and doors or to a unique design.

The four-storey, 60 bedroom Royal Forest Hotel was originally known as the Forest Hotel but was renamed after Queen Victoria visited Epping Forest in 1882. Following a serious fire in 1912, it was rebuilt, minus the top floor. Today, the building is run by Premier Inn and Brewers Fayre.

The Steel Window Association mandate is to promote steel windows and doors to the UK homeowner/commercial builder/specifier alike through the provision of information, technological resources and service delivery through members. The association stands for members and the industry to develop and enhance the products and services provided for the ever-changing demands of the market. Members of the Steel Window Association offer a UK-wide service for the repair and replacement of various types of old metal windows, doors and screens, as well as being able to manufacture new fenestration which fully meets the requirements of the building regulations.

For further information on the Steel Window Association, please visit www.steel-window-association.co.uk or call 020 3475 8049 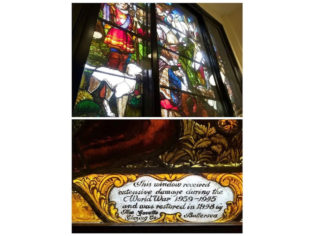