A continuing wage gap between architects working in different sectors is presenting a further obstacle to diversity of new entrants to the profession. Nigel Ostime from Hawkins\Brown suggests a different approach.

Economic commentators are observing an increasing gap between the super-rich – the ‘1 per cent’ – and everyone else. The conversation is not just about those who live below the poverty line but also about the ‘squeezed middle’. The gap is reckoned to be far wider than it has been previously and to be getting wider still. Worryingly, commentators on the increasing use of technology believe that this trend will continue and that the ‘rise of the robots’ will further exacerbate the situation.

There is also a gap between the haves and the have-nots in the architectural profession. There is an economic gulf between large and small architectural practices in the UK. The challenge for the 45 per cent of practices with five or fewer people is to make domestic resi work – which, according to RIBA typically makes up around 70 per cent of their
income – pay. Graphs illustrating the statistics all start steeply and have very long tails: income per employee is significantly higher in large practices and lower for the ‘micro’ practices, reducing as practice size reduces.

According to the 2016 RIBA Business Benchmarking survey the median annual income for sole principals is just £24,000. Architects who have chosen to work as a sole principal or a two-person practice earn about half what principals in practices of up to 10 people earn and less than a fifth of principals in practices of 50-plus. Perhaps more pertinent is that sole traders under-perform financially compared with all salaried architects with over five years’ experience.

Clearly there are economies of scale; the larger the practice, the lower the overhead per person. But it seems that designing house extensions doesn’t pay. And when you consider that these individuals will have undertaken the five-year graduate and post-graduate university course, and a

minimum two years (many take more), of preparation for their final professional exams – plus, for many, years of practice, the return on investment is poor. We have to ask, does it make sense for architects to do this small-scale domestic work? Should this be an area that we just give up and pass on to the non-architect ‘plan-smiths’? Certainly there are the more bespoke, high- end extensions that provide the opportunity for creative expression, paid for by wealthy and enlightened clients, but these are the exception, not the rule.

No doubt micro-practitioners across the country reading this will be exclaiming that they enjoy their lifestyle and accept lower remuneration as a trade-off (some will also be making a reasonable income from it). But is it really worth the enormous investment, particularly compared to other professions? If you want to undertake this sort of work, why bother with the expense of training as an architect? Surely you don’t need the full 7+ years to design what are typically sub- £250K projects?

A recent survey of architecture students highlighted a worrying trend of increasing debt and consequent mental health issues attributed to course fees and low subsequent income. Add to this the trend for the numbers of entrants to architecture being dominated by those from a wealthy middle class background and the consequent lack of diversity in the profession, and it is clear that something has to change.

There are already plans afoot to open architecture to a wider spectrum of society. My practice, Hawkins\Brown, is one of a number of large practices who have signed up to an apprenticeship scheme that has the support of the RIBA and will provide routes to both RIBA Part 1 and a combined Part 2 and Part 3 qualification.

For those who want to pursue a career in small domestic projects, perhaps we could look to an ‘architecture-lite’ course? To qualify and undertake projects up to a value of say £1m (index-linked to account for future inflation) students would undertake a course tailored to the needs of this scale of work. It might include a fourth year in practice and, critically, include training in running a small business as well as comprehensive knowledge of the relevant regulations. Those completing the course would not be able to use the protected title ‘architect’ but could use a term such as ‘minor works architect’ (subject of course to ARB ratification).

For those who want to pursue the full architectural training, sponsorship (in a similar way to apprenticeship) might be a means to broaden entry. The employee would agree a contract tying them to the sponsor for a period of time, much as professional footballers do. Practices often decry the relevance of the training graduate students receive, so as clients to the schools they could be enabled in this way to have more say in the course structure.

If we want diversity in the architectural profession we must find ways to give access to all, regardless of their background and financial means. And maybe stop doing house extensions. 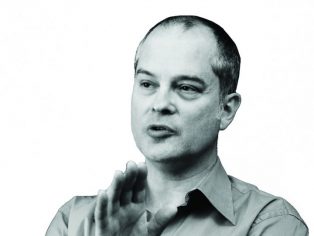