Michael Barker of Stephen George + Partners discusses why architects need to have a better understanding of the requirements of developers, contractors and tenants

As architects, Stephen George + Partners has decades of experience designing offices – sometimes we do this for developers or contractors as their design and build architect and sometimes for occupiers. Imagine, then, working for all three simultaneously! This is the situation I found myself in recently when we decided to design and deliver our own new office building in Leicester.

Having occupied premises in Leicester city centre for nearly 50 years, the opportunity arose to acquire a site at Grove Park near J21 of the M1, and design and build our own offices. To facilitate this a group of partners and staff established a pension fund to act as developer and Stephen George + Partners entered into a 15-year lease to rent the premises. The pension fund raised the funds and acquired the site. The pension regulations required this be a legitimate arms-length operation with trustees acting in the interests of the pension fund members. Obviously, we needed an architect, so Stephen George + Partners was appointed to carry out the design and obtain planning approval. They were then novated to the design and build contractor during the construction process. We also had to consult ourselves over a complex set of requirements as tenant on the fit-out!

That’s four different hats to wear at the same time and, as you can imagine, it wasn’t without its challenges. Often the requirements of these differing roles within the process conflict with one another and the project proved to be an interesting learning experience.

Developer insight
As architects working for a developer we want to produce great architecture, maximise space, produce a design that will appeal to occupiers and get through the planning process. We also need to design to a budget that is usually quite tight and sometimes quite restrictive for the architectural team’s design aspirations. Taking on the role of developer, however, gave us quite an insight as to the challenges our clients often face.

For a start, the development had to deliver value for the pension fund under the pension rules, which immediately set some limits in terms of where we could take the building architecturally. Equally, we couldn’t just design the offices solely for Stephen George + Partners as the tenant; we also had to have a view on it being marketable if the tenant vacated the building at a future date. In other words, it needed to be a sensible, rational, buildable project.

Conflicted contractor
As architects under a standard design and build contract we work for the contractor who relies on our technical competence, the ability to deliver information to a tight timescale, being flexible in responding to their ideas about alternative solutions and producing a building that meets all the client’s expectations at the most economic cost. However, this relationship became a little more opaque during the construction of our own offices as the contractor had difficulty understanding that the client and architect were not the same.

As the contractor also perceived us as their client, they found it difficult to give instructions to our team on site because they felt they were telling the client what to do. This did lead to issues when our architects commented on proposals put forward by the contractor or their subcontractors – the contractor felt that they couldn’t disagree when perhaps they should have done, inevitably costing more money and further discussions down the line as to who was going to pay for it.

Tenant demands
Working for the tenant – who was also the architect and, unsurprisingly, very focused on the quality of their working environment – also proved demanding, particularly in regard to cost control. While we went through all the standard procedures during the tenant fit-out, such as space planning to meeting facilities, IT needs to coffee cups, the quality of break out spaces, the finishes in the toilets (always a big issue!), the operation of the plant and the ease of maintenance, we also wanted the new offices to be a showcase for the business and for people to be wowed when they came and visited us – but of course everything costs money and we had to attempt to stick to our budget.

For me, this offered up some really interesting perspectives on the design process. When we’re employed solely as architects, we could be working for either the developer or the tenant. The developer will commit us to a certain budget, but the developer is rarely going to be the occupier of the finished building. The tenant, on the other hand, is always going to want to specify certain things that the developer doesn’t want to pay for (and the tenant doesn’t want to pay for either). Therefore you need to take both sides into careful consideration and budget accordingly.

Architectural innovation
Perhaps our biggest challenge as the architect on the project was agreeing the design in the first place given the number of architects involved! Nonetheless, acting as a developer willing to explore different possibilities, our architects were allowed to have a little more freedom than would normally be expected and led to some exciting design innovation. In our first-floor studio, for instance, we have a vaulted ceiling that’s given us a fantastic space in which to work and is not the kind of space you would normally find in a speculative office development. It is an inspirational place for our employees, clients and visitors, reflecting both our business values and our vision of the future.

Ultimately, the experience has been invigorating and exciting. We have designed and delivered an inspirational place for our employees, clients and visitors, reflecting both our business values and our vision of the future. As architects it has given us a much better understanding of the needs of developers, of contractors and of tenants. The need of the architects to make a profit on this project was probably one thing that was not given enough consideration. 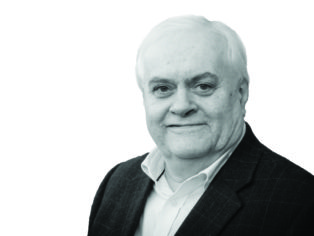