You would be forgiven for thinking that building new housing for the elderly is a relatively uncontroversial proposition for most towns.

After all, only 2.5 per cent of the UK’s 29 million dwellings are technically defined as ‘retirement housing,’ and just 7,000 new homes built each year are designed for older people. This is insufficient to serve the 180,000 over 65 households that will be created each year over the next decade, or to meet the needs of the estimated 3 million older people who would like to downsize right now.

So it was something of a surprise when, in October 2020, retirement community developer and operator Guild Living had a planning application for a housing with care scheme in Walton-on-Thames, Surrey, turned down.

The reason, according to Elmbridge council, was that the property would not bring “vitality or viability” to Walton’s town centre.

The idea that older people do not positively impact the places where they live seems inherently wrong. We hear constantly that mixed-use development is the way forward, and I would argue that mixed-age developments are essential to creating a vibrant community, too.

Particularly now, as most of us are spending more time in our local areas thanks to the pandemic, the opportunity to interact with people from all walks of life is more important than ever. And far from harming a town centre’s viability, mixed-age developments can help to harness the greater spending power of older people, the so-called ‘grey pound,’ estimated to be worth some £350bn a year.

It was this idea that led Assael to come up with Rightsizer – a new later living proposal which has just won a sustainable design competition run by Enfield Council. The concept will now be built into plans for the second phase of Meridian Water, the council’s £6bn, 10,000-home regeneration project that will be completed over the next 20 years.

Rightsizer is a ‘housing with care’ community that will provide an aspirational place to live for older people with care and support needs. By creating this, we will help Enfield to not only create a truly intergenerational community, but also to free up larger homes in the borough for use by families.

If the past few months have shown us anything, it is that the way people use space – both in their homes and on their local high streets – is constantly evolving. This is a particular challenge when it comes to creating homes for older people in a bustling, urban setting like Meridian Water, because their care needs will change over time.

What is really important is to provide flexibility in the design of the buildings. Working with AECOM, our proposal is based around a demountable low-carbon concrete design, which can be disassembled and reused. This also means fewer materials will be used in any future reconfiguration of the building, supporting the development’s green agenda.

As well as redefining the places we live and work, Covid has also shown us the importance of community, and that is something which transcends generations. During lockdown, who can say that they didn’t miss having interactions with the people around them?

With this in mind, Rightsizer also offers a whole host of amenity spaces where residents can spend time and socialise – not unlike the Build To Rent developments that are being targeted at the younger generation.

All of these are accessible, and they include a wellness club; a ‘high street living room’ which will be curated and managed by residents as well as being open to the community; and a ‘reminiscence museum’ that celebrates the history of the local area, while also assisting residents with memory loss and dementia.

But truly integrating later living into a community cannot just be about buildings and design. Working with Origin Retirement Communities, we are also creating a care academy which will aim to reposition care as a vocation, recruiting local people to train as tomorrow’s carers and creating more than 200 jobs.

Older people have so much to offer our communities. And while it might take a bit of creative thinking to accommodate their needs into an urban setting, this is a challenge that we as an industry need to meet. 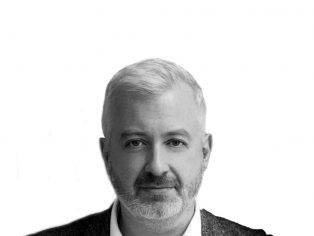 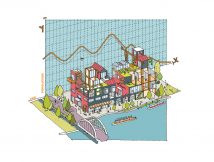 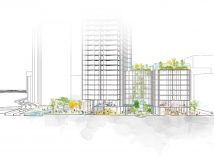 Rightsizer, Enfield: This ‘later living’ proposal designed by Assael Architecture is based around a demountable low-carbon concrete design, and forms part of Phase 2 of Meridian Water, a £6bn regeneration project by Enfield Council