A challenging and high-quality installation of three new warm roofs on the plant rooms of the Hatfield Tunnel in Hertfordshire saw Itech Roofworks – working in association with BMI Icopal – shortlisted in the Cold Applied Liquid Waterproofing category in the National Federation of Roofing Contractors’ 2021 UK Roofing Awards. The awards were staged on November 5th 2021.

Part of a scheme to upgrade the services for the 1,200m-long Hatfield Tunnel in Hertfordshire, which carries the A1(M) beneath the Galleria Shopping Centre, Itech was able – by meeting stringent installation and quality standards – to achieve a 20-year system guarantee from BMI Icopal for the three new roofs.

As well as reducing whole-life costs and disruption to road users, delivering this level of longevity also will also reduce carbon emissions over the lifetime of the tunnel.

The overall project was to upgrade the air conditioning (AC) and mechanical and electrical plant for the tunnel, involving the demolition and reconfiguration of central risers, extracts and tunnel services. As part of the upgrade, the failing flat roofs of the north, central and south plant rooms had to be stripped and re-roofed. Itech Roofworks was contracted by CBS, a Tier 2 Infrastructure company, to undertake the £250,000 project, comprising 1,750m2 of roofs. CBS’s client was highway maintenance consortium Connect Plus Services.

Having stripped the failed roofing material from the concrete deck, Itech applied Siplast Primer followed by a bituminous carrier membrane. Next came the insulation, 30mm Thermazone Roofboard, which has a low thermal conductivity of just 0.24W/mK, followed by BMI Icopal SA Primer and Pyrobar Carrier Membrane.

From an installation perspective, each of the three flat roofs posed their own challenges but common amongst them was the need to address the complexities posed by the upstands, vents and hatches that are typical features of a plant room. Making these waterproof involved detailed and accurate work on both the vertical and horizontal plane. The roofs also feature very slim gullies and any works had to make sure that the narrow apertures of the gullies were not closed or blocked by extraneous material. Overflows were installed to each roof.

In planning the works, it was important to minimise the risk of disruption to the tunnel’s users. There were limited and separate windows – four weeks for each roof – in which Itech could carry out the roofing works which had to coincide with the stripping and renewing of the AC equipment and the other plant.

Itech installed temporary roofs over each of the plant rooms so that both their operatives and those working inside the plant room could work productively whatever the weather. With limited space for storage of materials, just-in-time deliveries had to be carefully scheduled to meet the programme of works. 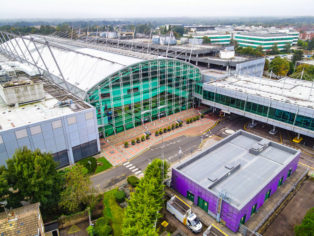 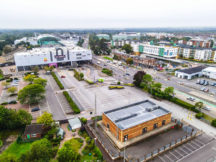 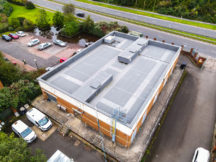 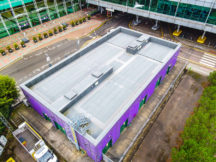