The new UK Government has touched on its housing plans as part of the Queen’s Speech, aiming to help home-buyers and renters, devolve power and funding to communities and improve building safety.

“A revolutionary new deal for renters will restore fairness, honesty and transparency to the heart of the housing market, thanks to new proposals unveiled as part of the Queen’s Speech.

“Under the plans, millions of renters will benefit from a new lifetime deposit scheme, which will see their hard-earned deposit move with them from property to property – giving tenants more control over their lives and keeping more of their cash in their pocket.

“Proposals to abolish no-fault evictions have also been confirmed, meaning landlords will no longer be able to uproot tenants from their homes at short notice and with no good reason – bringing greater security to millions of families who live in rented accommodation.

“This will be matched with new powers to strengthen the rights of landlords to gain possession of their property through the courts when they have a clearly valid reason to do so, in order to create a fair market where good and responsible landlords flourish.

“The government has also announced plans which will make owning a home more affordable. This includes the new First Home scheme making homes available at a discount for local first-time buyers.

“Councils will be able to use housing developers’ contributions to discount homes by 30% for people who cannot otherwise afford to buy in their area. The Affordable Homes Programme will also be renewed, building more homes for rent and delivering a new shared ownership offer.

“The Queen’s Speech has also set out further detail for new legislation to bring an end to the unscrupulous practice of unnecessary leaseholds – introducing new laws to ban new houses being sold on a leasehold basis and reducing ground rents for new leases to zero.

“As well as the measures for renters, local first-time buyers and reforms to the leasehold market, the government has also outlined plans to which will ensure any new housing is accompanied by essential infrastructure. A white paper will also be published on reforming the planning system to ensure it works better for the public and small builders.”

“In the biggest change to building safety laws for 40 years, the government will take forward the recommendations from Dame Judith Hackitt’s independent review of building regulations and fire safety through a new Building Safety Bill.

“In addition to these major reforms, the government will take forward swift action to introduce legislation to implement the recommendations of the Grenfell Tower Public Inquiry Phase 1 Report through changes to the Regulatory Reform (Fire Safety) Order 2005, as soon as possible.

“Over the coming weeks and months, ministers will work with residents, building owners and others to ensure legislation delivers the fundamental changes needed so that all people – regardless of where they live – feel safe in their homes.

“New legislation will also be brought forward to require developers of new build homes to belong to a New Home Ombudsman.”

Welcoming the Speech, Housing Secretary Rt Hon Robert Jenrick MP said: “The announcements made in the Queen’s Speech today will empower both home-buyers and renters. The legislation that we will bring forward will provide a better deal for renters through our lifetime deposit scheme while also protecting them from no fault evictions. We will also help first-time buyers get a foot on the property market with 30% discounts for local people and key workers.

“We are moving forward with legislation to set ground rents to zero, abolish leasehold houses and prioritise the safety of residents with the biggest change to building safety laws for 40 years.

“I look forward to getting on with this ambitious and exciting agenda.” 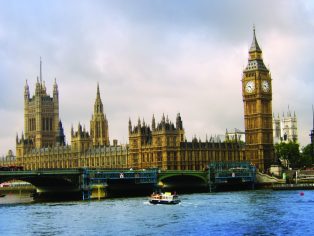