Following the success of considerable energy savings as a result of recent lighting refurbishments utilising wireless lighting controls, Luceco was pleased to supply luminaires for further wards within Trafford General Hospital in Greater Manchester. Managed by Manchester University NHS Foundation Trust, the hospital is renowned for being the Birthplace of the NHS.

Luceco Wireless Lighting Controls were specified by SI Sealy in association with the Estates and Facilities Department. The design was put forward for an architectural award due to the innovative use of the lighting controls overseeing lighting levels throughout the day and night. With the ward’s inhabitants primarily elderly and suffering dementia, the lit environment was programmed to reduce to low levels, but with luminaires never powering down completely. This ensured patients did not become disorientated, their welfare was of paramount importance to the lighting design.

Over 250 Wireless Lighting Controlled luminaires were installed in TGH Ward 17/18 including LuxPanels, recessed and suspended Contour, Platinum and Element downlighters. Seamless runs of energy saving cost effective LED lighting can be created with Contour with the added benefit of 100,000 hours maintenance free operational life. Platinum is a high performance downlight with an efficacy up to 130 Llm/cW. Recent enhancements to Platinum include a further optimised heatsink and a reduction in bezel thickness from 6mm to 2.5mm on a standard IP44 bezel as well as being magnetic.

The other downlighter used in the design was Element, a fire rated luminaire suitable for applications with small ceiling voids. I-Joist certified in accordance with BS 476-21 for 30 minute I-Joist ceiling applications, variants include standard output or dimmable in either 3000K warm white or 4000K, all with an efficacy of 100Llm/cW.

“The project was delivered on budget and current running cost show savings of 23% above the designed results” SI Sealy are one of the largest specialist building services engineering design consultancies in the North of England, and the electrical contractor was AC Electrical, Bredbury, near Stockport.” 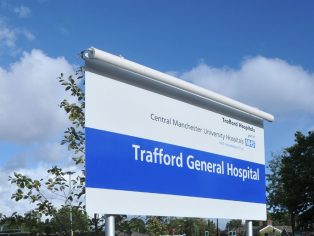