Know your bricks – Clay vs Concrete

The UK has a long history of using bricks and mortar in housing. Almost 80% of new homes built in the UK are made from bricks.  Some bricks may not be what they seem.

The UK has a long history of using bricks and mortar in housing. Almost 80% of new homes built in the UK are made from bricks and they provide a strong sense of security, beauty, and durability for the inhabitants.

To most of the public a brick is a brick but look a bit deeper and the huge variety of colours and textures becomes clear. Over 90% of bricks manufactured in the UK are made from clay, which is shaped, dried, and fired in a kiln to create a hard and durable product. Firing is moving quickly towards carbon free technology such as hydrogen fuelling, so its potential to support claims on net-zero is fast becoming reality.

The small remaining section of the market includes bricks made from other materials, the largest of which is concrete bricks.

Concrete bricks are made from sand and aggregates, that are mixed with pigments and cement to harden into a concrete block. Concrete bricks usually imitate the appearance of classic clay bricks, which can cause issues because some of their behaviour is quite different.

It is important that designers and builders are fully aware whether they are using a clay or concrete brick for the following reasons:

The requirement for movement joints in concrete brickwork is 6m, compared to 12m in clay brickwork. This is especially important for low rise residential construction as the use of concrete bricks will almost certainly require additional and often unsightly movement joints, where none would be required for clay.

Concrete bricks tend to have lower water absorption and higher density than clay bricks. These characteristics are important because it can limit the number of bricks that can be laid in one day. Generally, the labour cost to lay bricks is the larger part of the total cost, compared to material costs. Site trials have shown that concrete bricks are around 30% slower to lay, which can lead to a higher-than-expected overall cost with concrete brick.

Clay brick has been used in the UK for thousands of years so there is a large body of evidence to show that clay brickwork will last for a minimum of 150 years, with many clay bricks lasting considerably longer. Concrete bricks are a more recent product and there many examples from the 1980’s and 90’s where the pigments have leached from the brick, resulting in a dull grey concrete appearance. One of the reasons that clay brick property retains value is that they tend to weather and age in an attractive way.

When looking in a bit more detail it becomes easy to see the differences between clay and concrete bricks. To ensure that you maximise the benefits that we associate with historic brickwork it is important to look a bit deeper and not assume that a ‘brick is a brick’.

The BDA has produced an infographic explaining the differences.  It can be downloaded here: 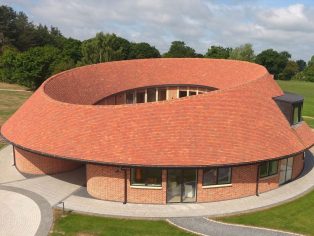 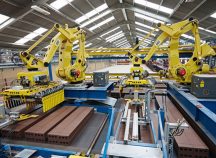