What could be more beneficial to the design of a school than the inclusion of automatic fire sprinklers at the design stage? (This is already required in Wales, since 2014 and Scotland, since 2010.)

Why is this beneficial to the design I hear you say? Firstly, and most importantly, the sprinklers would ensure that any fire was extinguished or controlled in the early stages, and allow the escape of those in the building and secondly, prevent the fire from becoming a major loss as so many school fires in England do.

The sprinklers would allow all the pupils, teachers and staff to make their escape safely and would reduce the risk to firefighters who are called to the fire.

Secondly the sprinklers would protect your design and allow it to remain for many years to come so that teachers, pupils and the public are able to enjoy the inspiring learning and community spaces.

Finally, sprinklers allow architects design freedoms that would not normally be available under the current building standards.

These include greater heights in larger meeting and circulation areas, longer corridors without being broken up by doors, a greater mix of building occupancies such as community spaces and in the case referred to by the BDP architect quoted later in this piece, a police station and library.

Other recent school developments in Scotland have seen similar inclusive projects, such as Breadalbane Academy in Aberfeldy, which includes a school, gym, swimming pool, library, sports hall and other shared community facilities.

Recent research by Zurich Insurance analysed the fire risks posed by 26,866 primary and secondary schools in England. It found the average school posed a fire risk 1.7 times greater than non-residential buildings (with a fire risk score of 0.58 and 0.33 respectively according to Zurich’s model).

When compared to 2.9 million non-household properties, schools were also three times more likely to fall into the “high” fire risk category (58 per cent vs 20 per cent), as defined by the study.

The predominant causes of fires in schools are arson, smoking, electrical and cooking, yet the majority of these fires could be controlled or extinguished by a sprinkler system.

It is not just the damage to the building that is critical, it is the disruption to studies, the loss of teaching and study materials, the difficulty in finding alternative suitable accommodation, and the loss of community facilities which are frequently included in school buildings.

The designs of new schools in Scotland are testament to this; not only fire protected by sprinklers but also sustainable, as Lindsey Mitchell, architect and a director at BDP’s Glasgow Studio explains, referring to a recent project in Fife.

“In Waid Academy in Anstruther, BDP designed and delivered a community school ­project that included a high school, police station, library and a community hub. We applied a sustainable approach to design on the project, and a recent report tracking energy use since it opened demonstrates the building is working within the SFT LEIP targets – which were not considered at that time. In a time where there is a heightened need to take learning out of the classroom, the use of sustainable, educational buildings and landscape is vital for varied, creative teaching methods. A sustainable campus provides a positive legacy for local authorities and demonstrates their commitment to providing a sustainable community environment.”

As well as allowing design freedom for greater open plan spaces in Waid Academy, the inclusion of automatic fire sprinklers make the school more sustainable in the long term. The decision to fit sprinklers into all new built schools in Scotland in 2010 was made against a background of increasing fire losses of school buildings across the country and an ambitious plan by the Government to build a sustainable school building portfolio.

Architects are key to this building programme, with flexible multi use designs which are both inspirational and practical and do ensure that the structures meet the SFT LEIP standards together with being sustainable against fires and fire losses. It is not just the loss of the structure that makes it unsustainable following a fire, it is the amount of gases that are released into the atmosphere during a fire, together with the contaminated runoff from the water used by the fire and rescue services and the cost of keeping fire appliances running and detaining Firefighters on site while damping down after a major fire, the rebuild cost and energy is only part of the equation.

In conclusion, we support fitting sprinklers in all new build schools in England and Northern Ireland, and are advocating sprinklers to be mandatory in the Review of BB100 (Design Guide for Fire Safety in Schools). 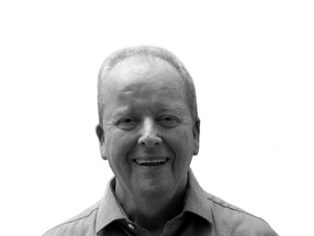 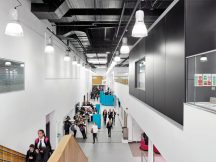