Closing the gap on acoustic performance

It is in all our interests to expect and achieve better performing buildings. We only have to look at the car industry and the knock-on effect of the Volkswagen ‘Dieselgate’ emissions scandal as an example of what can go wrong. The issue uncovered a gap between cars’ actual performance and what was promised by the manufacturer. In the construction industry, the performance gap between design and built performance is well documented, and while much of the focus has been around thermal performance, there is also the growing issue of acoustic performance.

Achieving acoustic comfort should not have to be a trade-off between clean aesthetics and acoustic performance, which is why it’s important to consider the acoustic needs of the interior space early in the design process. Sound can be controlled either through absorption, which deals with reverberation within the space and makes it a better place to work in, or through insulation, which deals with the control of sound from one space to another.

The transmission of sound through walls or floors is one of the most common sources of noise disturbance. Poor sound insulation (also referred to as attenuation) between adjacent rooms will result in disturbance and a loss of privacy. Partitions and cavity barriers are generally the options used for sound insulation and provide privacy or a division from a noisy and potentially disturbing activity. The only way a specifier can evaluate and compare the performance of the two options is by looking at the data provided to them. They need to be able to understand the acoustic claims, in what conditions the products should be installed, and ensure that the results aren’t misleading.

Mind the gap
With the acoustic performance of products being so important, and in a bid to curb growing incidents of ‘passing off,’ a new Acoustic Verification Scheme has been created. This is in response to confusion and concerns related to the comparability of acoustic airborne sound insulation claims.

The need for an acoustic verification process began to emerge with operable walls, as users were complaining these walls were not performing in the way that was expected. This was partly due to the installation process and partly due to it being the only partition that was dismantled and re-erected on a regular basis by non-trained staff. If the acoustic seals are not correctly locked when the walls are closed, acoustic integrity can be compromised by leakage allowing sound to come through any gaps between the panels. There have been incidences of falsification, and in some cases, tests revealed that manufacturers were treating an operable wall like a normal fixed partition, and physically sealing every joint. It actually needed to be tested like a door and operated five times before the test commenced, to demonstrate it was completely operable. This made a huge difference, enough to put some manufacturers in front of their competitors.

As part of the scheme, which provides a method in which independent acoustic consultant Cundall verifies acoustic test data, it was then possible to verify all of the test evidence that was being put forward and highlighted companies who had not tested operable walls as they should have done. In other words, it highlighted those who were testing an operable wall as a fixed partition. During that process, some companies withdrew from the scheme.

Consistent test framework
For contractors such as Wilmott Dixon, the ability to verify acoustic test data meant they could specify manufacturers in confidence that it was a level playing field. They had been tested in the same way and had comparable figures. As a result, the contractor is only using operable walls that have met the requirements of the scheme.

In the case of partitioning systems, it’s important to verify data to ensure that everyone in the market is working to a level playing field. While fixed partitions are different from operable walls, as all the joints can be sealed, it was agreed that a set of parameters that would constitute a test could be used for comparison reasons. This would then provide specifiers and architects with the assurance that if they choose a product from this list, all products will be tested in the same way and all data has been verified. It’s essentially a verification process; by simply taking the data companies are providing in test reports and verifying it meets the criteria required to meet the scheme.

Those seeking to exemplify best practice are recognised and rewarded for this, preventing inaccurate or misleading information from undermining the market and responsible manufacturers. Ultimately, it enables people to compare products and systems on a ‘like for like’ basis and be reassured that performance will be consistent, and reassures customers that their buildings will perform as expected.

Joe Cilia is technical director of FIS, the industry body for the UK finishes and interiors sector 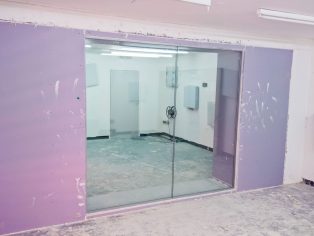 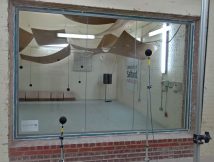