The Government is making £3bn available to housing associations to fund the building of an extra 30,000 affordable homes, as it struggles to meet its target of 300,000 new homes a year.

The Chancellor of the Exchequer Philip Hammond used his Spring Statement to announce the boost via the affordable homes guarantee scheme in the form of Treasury guarantees for HAs to allow them to build. He also announced a series of schemes to boost housebuilding, including £717m to “unlock up to 37,000 homes” in the Oxford-Cambridge arc, in Cheshire and west London. Mr Hammond said: “The Government is determined to fix the broken housing market.

Building more homes in the right places is critical to unlocking productivity growth and makes housing more affordable.” The news was welcomed by many housing bodies including the campaigning group Shelter, but they also called for increased investment in social housing for rent. Campaigners, landlords and developers say that far more homes at low rents are needed, in place of the higher affordable rent homes and shared ownership properties.

“While this is good news, it has to be noted that we can’t deliver social housing on the scale we need on borrowing alone – 3.1m social homes are needed in the next 20 years to tackle the housing crisis at its root and lift thousands of families out of homelessness. We need much more grant funding for social housing in this year’s spending review to get a grip on our ever-growing housing emergency.” 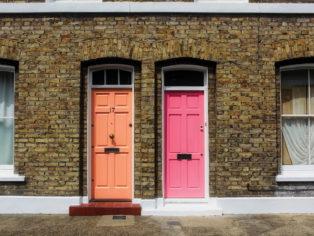