Luxury housebuilders Mactaggart & Mickel are celebrating their latest awards success, after four of their site managers were recognised this week with NHBC ‘Pride in the Job’ Quality Awards – a highly-coveted national accolade for building site managers.

They are joined by two other Mactaggart & Mickel site managers in receiving the national Quality Award, including Ryan Coughtrie, who is Assistant Site Manager of the Midton Fields development in Howwood, Renfrewshire, as well as Senior Site Manager Stuart Gillespie, who has previously been named as a Regional Winner and UK Supreme Winner for his Greenan Views development in Doonfoot, Ayrshire.

The awards, now in their 39th year, celebrate site managers who demonstrate excellence and commitment to producing homes of outstanding quality. Over 12 months, 16,000 sites across the UK were judged independently by the NHBC panel, with only 3% of site managers recognised with Quality Awards.

Paul and his colleagues will attend special ‘Pride in the Job’ Regional events in October and November, where they will be presented with their Quality Awards. As first round winners, all four will also be in the running for the NHBC Seal of Excellence and Regional Winner titles.

As Senior Site Manager, Paul is responsible for the team working on St Jude’s Meadow in the idyllic Oxfordshire village of Milton-under-Wychwood – Mactaggart & Mickel’s first development in England. Two stunning show homes have already been completed at the site, featuring interiors by the internationally acclaimed Malcolm Duffin Design, with a total of 62 homes coming soon.

“These awards are so richly deserved for our four site managers. We’re all particularly pleased for Paul, who along with Jason and Ryan is winning this award for the very first time. They have all quite rightly been recognised for their dedication to delivering high standards at developments across the country and ensuring that our customers can always depend on the finished quality of their homes.”

The fourth-generation family business, which was formed in 1925, prides itself on the final quality of its homes and places great emphasis on customer satisfaction. All Mactaggart & Mickel homes undergo a final quality check from a company director or senior manager (known as the Seal of Approval), to ensure stringent construction standards are always met. 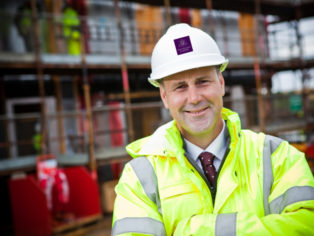