Blog: Is commonhold land ownership the solution the MHCLG thinks it is?

In early March, the Law Commission completed a detailed consultation surrounding commonhold land ownership, asking for industry views on a set of proposals for improving the scheme and boosting its future success. Multiple bodies have found issues with the proposals, feeling it focused too narrowly on the interest of consumers and ignored financial reality. However, the Ministry of Housing, Communities and Local Government (MHCLG) has largely ignored these opinions. So, what issues arise from commonhold land ownership and how can they be addressed?

Commonhold land ownership was implemented in England and Wales through the Commonhold and Leasehold Reform Act 2002. At the time, the Act was viewed by many as a ground-breaking measure, providing a whole new form of legal ownership over land and enabling tenants to have greater rights and freedoms over their buildings. In particular, the Act was seen as a solution to the issue of excessively high ground rents and disinterested landlords. Commonhold land ownership would help to level the playing field by giving tenants complete control over their block of flats, allowing them to run it in a way that benefits them.

However, in reality, commonhold was largely unsuccessful; although it fixed one problem, it created a host of others. The Law Commission has stated that since its introduction, fewer than 20 commonhold developments were built. Moreover, in 2017, the Conveyancing Association claimed that there were just 175 commonhold owners, compared to around four million leasehold homes in England alone.

One of the key reasons commonhold failed to take off is a lack of understanding about how commonhold land ownership works in practice and, in particular, the process without a landlord. It also assumes that tenants will always agree on how to run their building, with little guidance provided for when that is not the case.

Another of the original issues with commonhold is that it is focused entirely on homeowners. Although the launch of commonhold land ownership was good news for tenants who have been mis-treated by landlords, it does not make any provision for cases where homeowners need to borrow to buy a home, and leaves lenders without any protection. As such, commonhold developments represent a huge risk for any lender. As well as this, properties being built in phases and flats being sold at different times can lead to developers having less land to back up their own loans. Anything that makes it harder for developers to fund building projects restricts new, and much needed, housebuilding.

The Law Commission’s consultation was held earlier this year in an attempt to discover why it was unsuccessful. It involved a consideration of ways to make commonhold more appealing to everyone but remained focused on homeowners.

One proposal involves tweaking the current rules by introducing better rules for the commonhold association. This is a residents’ committee that runs the development. Commonhold tenants are automatic members, with the association providing them with common rules and guidance to make the process clearer. However, what the proposal fails to address is the need for voting powers within developments to be balanced. While in 2002 the mixed use of developments was unusual, it is now commonplace and so even more important to balance needs of residents with businesses such as shops, which will have very different requirements.

Problems such as these appear to crop up frequently, and multiple bodies have complained that MHCLG’s proposals haven’t gone far enough to address new problems which have arisen since the Act was introduced. For example, nowadays, most people work at least part-time, therefore who is going to take charge of the process, ensuring that contractors in commonhold developments are paid and insurance is obtained?

In the recent proposals, lender and developer problems have also been largely ignored, perhaps because they are simply perceived as too complex to fix. While commonhold offers one solution to the abuse of tenants by their landlords, the MHCLG seems unwilling to make it work for all parties by solving the surrounding problems that it has created for the wider industry. Far more effective solutions could, and are, being introduced to deal with rogue landlords. For example, new proposals allowing tenants to challenge service charges.

It is unlikely that commonhold will ever succeed in its supposed mission of being a potential solution to the problems in the balance of power between those who own and develop land and those who want to live on it. However, on the other hand, it could work for small self-funded developments with cash buyers, or in the retirement sector, as long as buyers are mortgage-free.

A better solution might be to improve the existing leasehold system instead. Communication is essential in this sense – if tenants, landlords, lenders and developers were able to truly work together, a higher level of understanding would be achieved for all parties. The Government has recently created several guides, on topics such as ‘How to rent’, so further advice and codes of practice to help tenants and landlords work effectively together could prove invaluable.

Rules for challenging service charges must also be extended as proposed. Currently, tenants have no control over what they’re paying, or information about why payments are needed. Some form of regulation should therefore be introduced to ensure these charges are fair and transparent. There are talks of establishing a new Housing Court, which could help landlords and tenants to resolve problems relating to service charges, as well as other property issues.

In its current form, commonhold land ownership is not the answer to the housing crisis that MHCLG believes it is. Without a major overhaul, the issues that arose from the Commonhold and Leasehold Reform Act 2002 will still exist, leaving commonhold inaccessible for many. Time may be better spent improving the leasehold system and encouraging increased collaboration between parties instead, allowing landlords, lenders and developers, as well as tenants, to benefit. 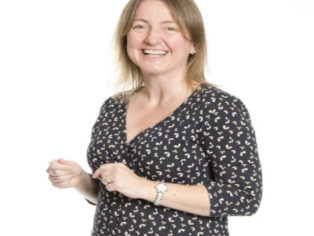