Richard Izzard of AliDeck explores the prevalence and causes of balcony fires.

Following the Grenfell tragedy, various building regulation updates and Government initiatives have attempted to resolve the flammable cladding issue by outlawing combustible materials and mandating its replacement in existing buildings with non-combustible alternatives.

Progress has been slow, however, and there remain many high-rise buildings still clad in the same or similar material as that used on Grenfell Tower.

Major upheaval was caused in the property market as lenders became reluctant to provide mortgages for homes within buildings suspected to have combustible cladding on their external walls.

The External Wall Fire Review/EWS1 process was developed as a solution to this issue via a cross-industry working group consisting of the Royal Institution of Chartered Surveyors (RICS), the Building Societies Association (BSA), and UK Finance. Launched in December 2019, this process was intended to provide a framework by which mortgage lenders could be assured that the risk on their loans was suitably mitigated, unblocking the logjam and allowing homeowners to sell their properties.

Unfortunately, the reality has been far removed from the hope.

The EWS1 process was, unquestionably, developed with the best of intentions, but there are clearly gaps in its execution through which many landlords continue to fall. Primarily, the scheme began to fall apart when the Government issued a new Advice Note in January 2020 that dramatically increased the scale of affected buildings by expanding the scope of the Advice to cover buildings below 18m.

A profound shortage of qualified inspectors, risk-averse lenders over-applying the process, and potentially many tens of thousands of buildings requiring inspection has led to a total log-jam in the market, and landlords have again found themselves trapped with their properties being valued at nil.

A major emerging issue, however, is the impact that combustible materials on balconies are having. Buildings with no flammable cladding or any other fire safety issues are failing EWS1 inspection when the balconies have timber or composite materials in their construction, leading to lenders refusing to provide mortgages for any properties in the block, even those without balconies.

Balcony living is rapidly becoming the norm for an increasing proportion of the population, particularly so in lockdown. While there are many pleasures to be had from enjoying time on balconies, there are also clear implications for fire safety.

Fires that start on balconies are regularly in the headlines, with distressing and concerning stories of loss and suffering all too frequent; a balcony on an apartment in Manchester’s Northern Quarter was set ablaze and destroyed; in Kennington, London, a flat was badly damaged when its balcony caught fire; three fire crews responded to a third-floor balcony fire in Cambridge; The Cube student accommodation in Bolton was gutted by a fire that is suspected to have been started on a wooden balcony; and so on. The common factor in all of these fires is carelessly discarded cigarettes igniting combustible balcony materials.

These are just a handful of examples of fires on balconies, all of which thankfully only resulted in property damage rather than loss of life. Each of these fires, though, represents a devastating human impact as families and individuals have seen their homes and possessions turned to ashes, often leaving them with nothing other than the clothes on their backs.

For new-build projects, the use of non-combustible elements in the external envelope of buildings is now an absolute requirement and the construction industry has, broadly speaking, embraced these necessary changes and adjusted their practices accordingly.

There remain a vast number of multi-occupancy blocks in the UK however that have combustible materials on their walls and external attachments. While the focus post-Grenfell has naturally been on combustible cladding, flammable materials on balconies are equally impacted by the evolving legislation environment; in January of this year, the Government issued a consolidated Building Safety Advice Note that stated that, on balconies specifically, combustible materials should be removed and replaced “as soon as practical,” and with good cause as we have seen from the frequency that balcony fires feature in the news.

The huge scale of balcony fires

AliDeck has recently conducted in-depth research on the issue of balcony fires, collating data from Fire Services around the UK. The research posed two simple questions to the Fire Services: How many balcony fires occurred in the prior three years, and what is the breakdown of causes of these fires? The answers are troubling, to say the least.

In total, between 2017 and 2020 year-to-date, 873 fires on balconies were recorded by the responding Fire Services. Of this total, 587 balcony fires occurred in London. Given the vast number of high-rise properties in the capital, this should come as no surprise, but it is still genuinely shocking to see such a large number of balcony fires concentrated in just one region, representing a huge toll of loss and misery. Outside London, the areas with the next highest incidence of balcony fires were Greater Manchester (51), Hampshire (37), Scotland (33), and Kent (20).

Smoking is by far and away the leading cause of fires on balconies, responsible for a frankly staggering 420 of the total 873 fires. Other causes included reckless use of barbecues, accidental fires caused by candles, accumulated rubbish being ignited, arson, electrical faults, and so on. Discounting the relatively small number of electrical fires, nearly all recorded balcony fires were caused by human error and so were entirely avoidable.

The route to compliance

Changing the behaviour of people is obviously a difficult task, but it clearly follows that if more people were to quit smoking, say, then the risk of smoking-related fires would fall so smoking cessation should be encouraged.

A greater investment in fire safety education should be a priority for all property managers, with clear and plain guidance on the safe use of balconies. Most impactful, of course, is the replacement of combustible materials with non-combustible alternatives. 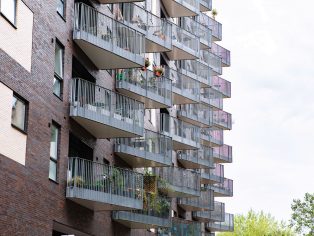 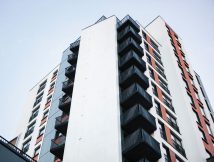 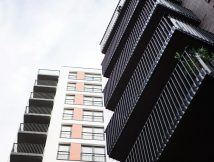 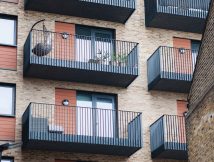