A new era for acoustics?

As schools return to some sort of normality, the time is right to examine the upcoming changes to acoustics standards, says Paul Absolon from CMS Danskin Acoustics

For the uninitiated, BB93 performance standards are a government initiative created to ensure school environments meet sound insulation targets. They were originally conceived to make sure the educational needs of pupils were put at the forefront of the school design process. This included installing soundproof walls in classrooms, and making sure sports halls were properly sound insulated, and classrooms were purposefully angled so as not to be road-facing.

One of the most important measures was the application of sound absorption materials, in the form of wall panels and ceiling rafts or baffles, designed to reduce reverberation (or echo) and thus improve the intelligibility of a teacher’s speech. By decreasing noise distractions, BB93 has helped create school environments that are conducive to learning and have a huge impact on the quality of teaching that takes place in the average classroom. The guidelines also have an increased awareness for the specialist acoustic requirements of learners with special needs. For example, targets are set out for creating autism-friendly learning environments which combat excess noise stimulation and encourage pupils to remain calm and focused.

BB93 is now nearing its second decade since its conception in the early 2000s. As part of the ‘Building Schools for the Future’ scheme, a whopping £45bn was pumped into tearing down and rebuilding prefabricated schools across the country. With this massive renovation scheme came the need for tighter school regulations to suit the learning needs of the ‘21st century pupil.’ Accompanying this wave of rebuilding, BB93 was created in 2003, putting sound insulation at the centre of new school design. Prior to BB93’s existence, a barking dog in the playground would be enough to derail a lesson, and only schools who could afford it had the luxury of sound insulation. BB93 was created to level the playing field, providing a distraction-free environment for all. So far so good, so why the need for an overhaul?

Even when made with the best intentions, government initiatives should grow and change with our increased need and technology, and BB93 is no exception. In 2003, BB93 only gave guidelines for newbuild schools, leaving older schools, and their pupils, trailing behind. The revamp in 2014, while addressing most concerns, did not address this either. The newest iteration has been updated to include soundproofing targets that all schools should be meeting, with guidance on how older schools can adapt their current buildings to retrofit sound insulation technology. Official guidelines have been quick to emphasise that this does not mean newer schools regulations will be relaxed, rather that regulations will increase for all.

As well as a general tightening of regulations across the board, there are a couple of major changes to be aware of:

As the threat of cuts to educational budgets looms ever present over the construction industry, perhaps these new regulations focusing on renovation rather than rebuilding will bring in a new era of sound insulation innovation. And with school building currently put on hold due to a certain global pandemic, the new batch of BB93 regulations couldn’t have come at a better time. 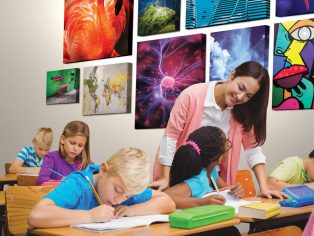