The redevelopment of the historic Twerton Mill on Lower Bristol Road in Bath has been completed, delivering a new state-of-the-art student housing complex for the city’s burgeoning student population.

The £16.6 million project has created accommodation offering 330 bedrooms in a mixture of studios, en-suite clusters and townhouses for students, which will free up more privately rented accommodation in Bath for local families.

Work began on site in May 2014, with Bristol-based Midas Construction working closely with developers McLaren Property, architects Stride Treglown and Bath and North East Somerset Council to ensure the development fully reflected the historic importance of the site.

Twerton Mill was originally home to a cloth manufacturing company called Wilkin’s, which dominated the area in the 19th century and made military uniforms during World War One.

The old mill wall and the famous gates to the mill buildings have been retained during the renovations, and the new-build elements of the project were carefully created to a contemporary design which employed traditional materials to retain the heritage of the location. 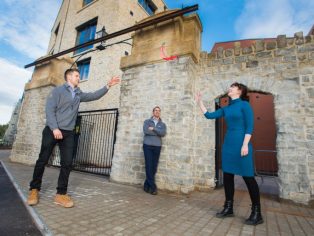