Located on the main arterial route to the north east of Burton-on-Trent’s town centre, the scheme benefits from its close proximity to major transport links, including the A38 and A50. St. Modwen, the UK’s leading regeneration specialist, is investing in the local road infrastructure, which will include two new dedicated junctions to the scheme as well as local highway improvements on the Derby Road. 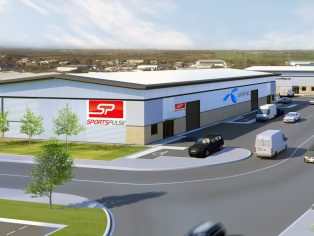