LDA Design, in association with architects, UHA London, has been appointed to masterplan one of central Moscow’s best-known former industrial sites – Serp and Molot, or Hammer and Sickle.

The 58 ha (143 acre) site has been the subject of a high profile international design competition jointly organised by the City of Moscow and Donstroy Invest, the developer and owner of the site. The masterplan, due for completion by 2021, will create over 1.8 million square metres of prime mixed-use space with an estimated investment of 180 billion Roubles (over €3.76 billion). The design competition attracted 52 applications made up of 157 companies from 17 countries. In a strongly contested second stage the LDA Design and UHA London team emerged as the preferred team. 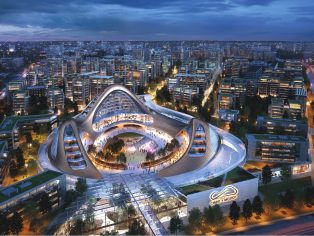