Overnight on the 27th of June, work began to lift the beams into place across the West Coast Mainline which will provide the deck for the access bridge into Liberty Park, which lies just off the A38. Next Saturday July 4, engineers hope to complete the job, which will see ten 33-tonne concrete beams flanked by two 40-tonne beams being lifted into place. It means vehicles will soon be able to travel across the bridge.

The bridge deck beam installation is the next significant milestone after the former bridge over the railway was demolished overnight on Christmas Day 2014. In the meantime, engineers have been working hard to build the foundations to the bridge on either side of the railway.

Liberty Park has been backed by £4 million funding through the Government’s Growth Deal and was the first such project to get underway in Staffordshire and Stoke-on-Trent. The new bridge should be completed by late autumn this year. The development also involves improvements to Burton Old Road which will provide access to the site, enabling the development of approximately 450,000 sq. ft. of employment space. 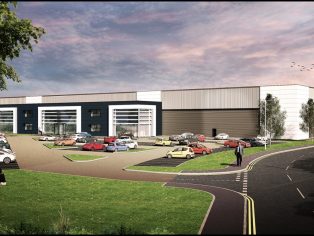