Expansion at Gatwick will connect Britain to the future, faster. A second runway means:

The cost of building the second runway at Gatwick is £7.8 billion compared with Heathrow’s £15.6 billion. Unlike Heathrow, growth at Gatwick will not require any additional taxpayers’ money.

A stronger platform for economic growth

Gatwick expansion will deliver around £90 billion of economic benefits to the UK, much higher than expansion at Heathrow, because it will generate more traffic and more connections to new destinations.

Gatwick expansion will deliver two world class airports serving London and the UK, delivering more competition between both airports and within airlines, which will keep airfares lower.

A greater economic boost for the UK

Connecting the UK regions to the world

Gatwick expansion will deliver a modern, world class airport designed to make the passenger journey simple and efficient. Quality will be central, with access to aircraft in less than 30 minutes and a minimum connection time between aircrafts of under 45 minutes.

Most efficient and low cost operation for airlines

Gatwick expansion will deliver a world class service for airlines, with efficient turnaround and taxi times, more resilient designs for the future and low charges at £12 -£15 per passenger.

Gatwick expansion and dramatic improvements in transport connections will mean that 15 million people in the UK will live within 60 minutes of Gatwick. Trains to London will run every two and a half minutes, and capacity will be doubled at local road junctions by 2025.

Expansion at Gatwick rather than Heathrow will see hundreds of thousands fewer people affected and significantly lower environmental impacts. We will continue to meet all noise and air quality standards, deliver 60 percent public transport use by 2040 and aim to build a carbon neutral airport.

Pledges for the local community

Gatwick expansion will offer a compensation package, unmatched by Heathrow, of a 25 percent premium on top of market value for homeowners directly affected, a £5,000 infrastructure contribution towards every extra home that is built as a result of airport expansion and, uniquely, £1,000 per year contribution to council tax for local residents affected by noise. 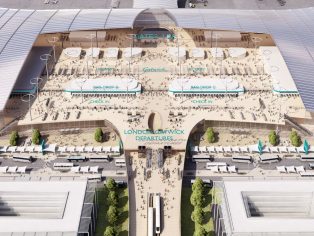