A collection of one, two and three bedroom apartments inspired by mid-century design. These beautiful homes are set within the parks and gardens of King’s Cross. The floor-to-ceiling windows give breathtaking views over the green spaces and the London skyline beyond.

Every element has been carefully chosen, and the spaces meticulously planned to create comfortable and dynamic homes that balance form and function perfectly.

The building is designed by Maccreanor Lavington, one of the country’s most respected architectural studios, and the interiors are by Johnson Naylor.

The roof garden at Fenman House is a sanctuary – a place for entertaining, mixing with fellow residents, or simply taking in the views over the beautiful Jellicoe Gardens.

Both are designed by the award-winning landscape architect, Tom Stuart-Smith.

King’s Cross is buzzing. New restaurants and bars are opening all the time, and the parks and squares are the stage for a year-round programme of events and festivals. There’s also a vibrant cultural scene with Central Saint Martins, King’s Place and a whole host of galleries and performance venues on your doorstep.

Waitrose has opened in West Handyside Canopy, and just across the Lewis Cubitt Park and Square, the unique new shopping destination, Coal Drops Yard is taking shape. This is an exciting and dynamic part of London. 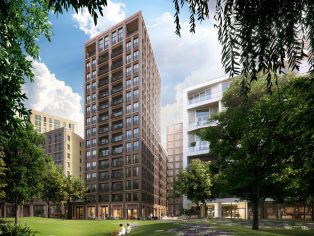 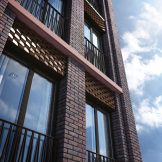