This fantastic new building will deliver a wide range of council services under one roof in a modern, high quality building. Construction is currently underway. It is expected to be finished in November 2013 and open to the public in March 2014. 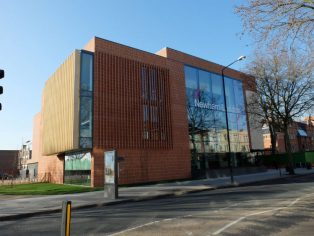