‘Zaha Hadid: There Should Be No End To Experimentation’– exhibition opens March 17 at ArtisTree, Hong Kong

“With experimentation, you think you’re going to find out one thing, but you actually discover something else… more than you bargain for.”  Zaha Hadid

The Serpentine Galleries and Zaha Hadid Design are proud to bring their critically acclaimed exhibition of early paintings and drawings by the late Zaha Hadid to Hong Kong. First conceived with Hadid herself, this “revelation” (London Evening Standard) of a show has been expanded with additional archival material since being showcased in London.

Zaha Hadid (1950-2016) is regarded as an architectural pioneer and visionary. This unique Serpentine presentation also reveals her as an artist with drawing at the very heart of her work. The work includes paintings, calligraphic drawings and rarely seen private notebooks with sketches that show the complexity of her ideas and concepts.

The exhibition, brought to Hong Kong in association with JP Morgan Private Bank, focuses on Hadid’s early works before her first building (Vitra Fire Station, Germany) opened in 1993. Ranging from the 1970s to the early 1990s, the paintings and drawings on show include Hadid’s first internationally acclaimed project, The Peak (1982-3), awarded first prize in a design competition for a leisure club on Victoria Peak above Hong Kong—marking a critical moment in Hadid’s career.

Drawing and painting were fundamental to Hadid’s practice. Influenced by Malevich, Tatlin and Rodchenko, she used calligraphic drawings as the primary method for visualising her architectural ideas. For Hadid, painting was a design tool, and abstraction an investigative structure for imagining architecture and its relationship to the world we live in. These works on paper and canvas unravel an architecture that Hadid was determined to realise in built structures and that was later seen in the characteristic lightness and weightlessness of Zaha Hadid Architects’ buildings, revealling an all-encompassing vision of space and reality.

Technology and innovation have always been central to the work of Zaha Hadid Architects and many of Hadid’s paintings pre-empt the potential of these digital processes. Patrik Schumacher, principal of Zaha Hadid Architects explains: “It was Zaha Hadid who went first and furthest in exploring this way of innovating in architecture—without, as well as with, the support of advanced software.”

Connecting directly with the individual paintings in this exhibition, four experimental virtual reality experiences have been specially developed in collaboration with Google Arts and Culture, offering a dynamic and immersive insight into Hadid’s architectural vision.

Building on this commitment to technology, a dedicated mobile tour will also be available as part of Bloomberg Philanthropies’ ongoing digital engagement programme at the Serpentine Galleries. Available through visitors’ mobile phones, the mobile tour offers ArtisTree visitors an interactive gallery experience including stories, audio clips and additional drawings from the Hadid collection. In addition, a screening room in the exhibition featuring exclusive footage from the Zaha Hadid archive, will also be made available.

These interactive components are supported by Bloomberg Philanthropies through its Bloomberg Connects programme, a global initiative that helps cultural institutions innovate and engage audiences by leveraging digital technology.

Marking the first presentation of Hadid’s early works in China, this timely homage first opened in December 2016 to record London audiences at the Serpentine Sackler Gallery. Built in 1805 in London’s Kensington Gardens as a gunpowder store during the Napoleonic Wars, in 2013 the Zaha Hadid Architects’ renovation and repurposing of the Magazine building opened as Serpentine Sackler Gallery, bringing it into public use for the first time in its 208-year history.

“This survey of Zaha Hadid’s experimental 2D work is a revelation… Hadid’s paintings and drawings, which sit somewhere between art, architecture and design, compellingly fuse fantasy and science.”  Evening Standard

“This exhibition provides an unparalleled insight into the creative process of the architect’s early years, revealing how a strange calligraphy was incubated in her notebooks, an esoteric universe of dots, dashes and swirls, before leaping off the page into working drawings, and wall-sized paintings.”  The Guardian

“We are honoured to bring this expanded exhibition of our friend and long-term collaborator Zaha Hadid to Hong Kong – the very place that launched her reputation as a global architectural pioneer. Her declaration that ‘there should be no end to experimentation’ has not only become a mantra for the Serpentine Galleries but is the basis on which this showcase of Zaha’s visionary talent and legacy was conceived in her own lifetime.”

“Swire Properties is a long-term supporter of the arts, and we are delighted to partner with Serpentine Galleries and Zaha Hadid Design for the first time to bring Zaha Hadid’s visionary work to Hong Kong, our home market. Zaha left an indelible mark on modern architecture, and her experimental style resonates closely with our own approach of taking bold steps to transform spaces.”

“We’re very proud to present Zaha Hadid’s rarely seen works at ArtisTree before it moves to a new home. We felt it only fitting that her achievements be showcased as the final programme for our much-loved event space ArtisTree at Taikoo Place, which has brought an extraordinary array of artistic and cultural events to the Hong Kong community.” 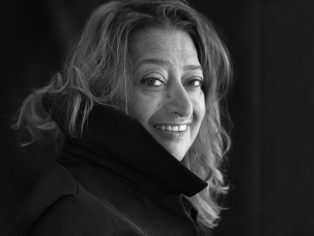 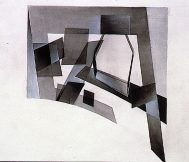 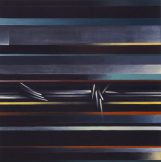