WSP has announced a number of new key hires, particularly in its infrastructure business, as the busy start to 2014 continues. The global consultancy aims to grow from 15,000 to 20,000 staff in the next two years and is currently undertaking a national advertising campaign in the UK to recruit the best and brightest to the firm:

WSP is delighted to announce Simon Kydd as its new UK head of healthcare. Based in Birmingham, Simon has worked in the health sector for the past 10 years and joins from his previous head of healthcare role at Balfour Beatty.

He has been involved in over 20 NHS ‘LIFTCos’, numerous health PFIs and traditionally procured projects. In the past year Simon has worked on the successful bids for Framework Scotland 2 and a £50m programme of works in East Sussex.

“WSP has a great reputation in the healthcare sector. It is a dynamic business that has the depth and strength of a large group with local, personable delivery. I want to build on the work WSP already do in the health sector while taking a more strategic approach to work winning in an increasingly competitive market.”

Glen Player is the new area director for the infrastructure business in Basingstoke. Glen has 33 years in the civil engineering sector, primarily in the areas of highways, transportation and development infrastructure. Previously with Balfour Beatty, Glen was a board director in their infrastructure services responsible for the development, management and direction of the professional services business. Glen led the strategic acquisition of Chris Britton Consultancy, and has been project director on a number of high profile projects notably the design and supervision of Croydon Tramlink.

Associate director Paul Moore rejoins WSP’s infrastructure business in Basingstoke from Ramboll with eighteen years’ experience in the construction industry. Paul was previously with WSP in Basingstoke from 2000 to 2002. Paul is currently a member of the Southampton City Council design advisory panel for city wide urban design and master planning submissions. He has worked on a number of high profile projects including the Canada Waters transport and urban design delivery for Sellar, Bromley-by-Bow tube station upgrade, and a public realm delivery for the Sea City Museum in Southampton.

Associate director Nigel Rawcliffe also joins the infrastructure business in Leeds. Nigel has nearly 25 years’ experience and is joining the company from Pell Frischmann, where he was project manager on the Beverley Southern Relief Road, M62 Junction 27 and A63 Castle Street improvements.

Mike Walkden joins WSP’s water business in Exeter as associate director from Royal HaskoningDHV. Mike has a PhD in coastal engineering and was co-winner of the 2012 Lloyds of London Science in Risk prize for work on integrating probabilistic coastal flood and erosion risk modelling. Previously an academic, Mike is a Visiting Fellow of Liverpool and Southampton Universities.

Senior transport planner Amanda Dixon joins WSP’s development business in Basingstoke from Parsons Brinckerhoff. Amanda previously worked for WSP between 2006 and 2008, and was specifically selected to be on the site specific advice consultant panel for the London 2012 Olympic and Paralympic Games.

Rachel Lishman has moved to WSP’s London office as proposals coordinator from WSP in Australia’s Canberra office. In her time in Australia Rachel was part of the winning bid team for several high profile office projects for Australia’s Department of Foreign Affairs & Trade (DFAT) and was involved in regional collaboration with WSP offices in Shanghai and Vietnam to complete fitouts for the Australian government. 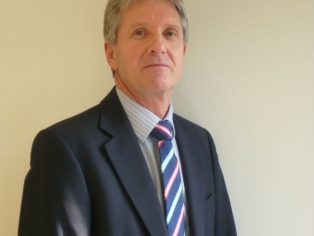