Woods Bagot Europe has appointed Nick Ling – until recently a partner at Foster + Partners – to the role of Design Leader for Europe.

Ling, who joined Foster + Partners in 1999, brings wide-ranging cross-sectoral experience to his position at Woods Bagot, including the design of lifestyle, workplace and mixed-use developments in the UK and other European markets as well as the USA, Africa and the Middle East. Among his key projects are the Stirling Prize-shortlisted McClaren Technology Centre in Woking; the Repsol Tower in Madrid; the Marconi House apartment building in The Strand, London; Banyan Tree Corniche Bay resort in Mauritius; and 250 City Road, London, a major mixed-use development for Berkeley Homes – currently on site – which includes two residential towers, a hotel, offices and a retail component. Ling was also Partner in Charge of delivering the full design services for the ‘ME’ Hotel in central London, completed in 2013.

“Nick is one of the most talented and creative architects currently working in the UK. He has joined at an exciting time for Woods Bagot as our London studio experiences a strong period of growth. I believe that his considerable worldwide experience and his wide-ranging design expertise put him in an extremely strong position to positively contribute to our design work in Europe. Nick will also collaborate with colleagues across our global studio on major international architectural projects.”

“After 15 years at Foster + Partners, I’m pleased to be taking a big step in a new direction. I am particularly excited by the emphasis which Woods Bagot places on collaborative working globally, as well as the depth of its design intelligence across all key sectors. I will be aiming to build on my experience to explore new areas of work and I look forward to making a significant contribution to the practice’s development over the coming years.” 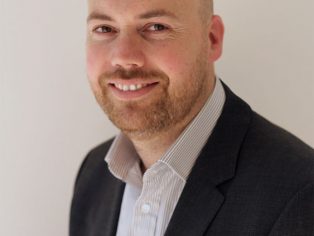