William Egan is the new President of the Institute of Acoustics

William Egan, a leading figure in the acoustics equipment sector, is the new President of the Institute of Acoustics.

One of William’s first tasks will be to lead the Institute’s 40th anniversary celebrations which culminate in a special two-day conference at the NEC, Birmingham on 15-16 October.

Speaking as he took over the Presidency from Bridget Shield, he said:

“It may be something of a cliché among Institute members to say that acoustics is in everything we touch and hear, but this is still something that very few people outside the sector, most pertinently those in Government, appreciate.

“That’s why I’m determined during my two-year term to do all I can raise acoustics’ profile – and that of the Institute – as much as possible. As a profession we have so much to be proud of. We must now spread this message and, with us about to start our 40th anniversary celebrations, this is the perfect opportunity to begin to do so.

“I really enjoy the discipline of acoustics, it’s such a fascinating and diverse subject, and it’s one that I never tire of talking about to people whenever I have the chance. Having got so much enjoyment out of the subject and the Institute, I’m now determined to bring this to a much wider and diverse audience during my presidency.”

William , aged 51, is Vice President–Global Sales at underwater acoustic solutions provider Teledyne RESON. Before joining the company in 2013 he spent 12 years at Brüel & Kjaer, the sound and vibration measurement specialist, where he held a series of senior management positions, most recently as Global Services and Solutions Director. Married with three grown-up children, he lives in Oxfordshire.

He has been succeed as President-Elect by Jo Webb, Acoustics Associate at Arup. 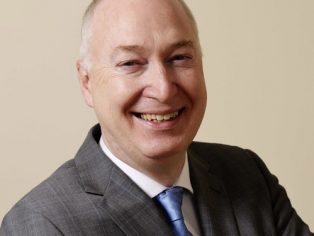