WilkinsonEyre is delighted to announce the promotion of four of its current Associate Directors to Directors, taking the total number of Board Directors to twelve.

The promotions mark a new phase in the continued growth of the award-winning international practice, with a current portfolio of projects including CIBC Bank HQ in Toronto, One Barangaroo in Sydney andnew work in Hong Kong.

Founding Director, Chris Wilkinson said “WilkinsonEyre continues to go from strength to strength because of the talent, commitment and hard work of our staff. We would like to thank our new Directors, and all our staff, for the valuable contribution they make’

The new Directors are;

Bosco Lam
Bosco joined WilkinsonEyre in 1998, initially working in the Hong Kong office on the Guangzhou International Finance Center and moving onto Singapore for Gardens by the Bay. Now based in the London office, Bosco’s contribution has resulted in significant expansion and leadership of WilkinsonEyre’s successful Transport Portfolio. This includes current projects such as Crossrail Liverpool Street and HS2 Old Oak Common and Birmingham interchange.

Matthew Potter
Matthew leads the central Hong Kong office working on all WilkinsonEyre Asia Pacific projects. Having joined the London office in 2004, Matthew moved to Singapore to work on the award-winning Gardens by the Bay. In his role as Director of the Hong Kong office, his team is leading projects for Swire, New World, Galaxy, Hong Kong University and the Hong Kong International Airport.

Sam Wright
Sam joined WilkinsonEyre in 2001 and leads the Sports and Leisure Team, delivering award-winning projects such as the Liverpool Arena; the London 2012 Olympic Basketball Arena and more recently, the redevelopment of the Compton and Edrich stands at Lord’s Cricket Ground. His work has been instrumental in the expanding WilkinsonEyre’s work in the sporting sector both in size and concept.

Yasmin Al-Ani Spence
Yasmin has led multiple, major projects since joining the practice in 2014. Working closely with Dyson, she has led project teams for the 2015 Dyson campus expansion and more recently the, the Dyson Institute of Engineering and Technology due to complete in Spring 2019. Her experience has contributed to the growth of WilkinsonEyre’s work in Research & Development. 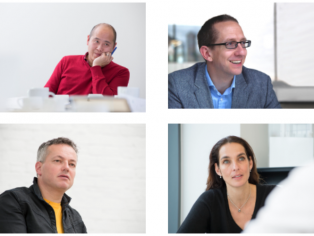