Architect Rory Bergin of HTA Design gives his views on the impact of leaving the EU on architectural practices, as well as the wider housing sector.

Brexit is, in my opinion, the worst idea in international relations since Russia decided to annex the Crimea. But, politics aside, what impact is it going to have on the architectural profession, and beyond that, those of us who are working in the housing sector?

It would have been nice if the Government had done some impact studies to use as background, but sadly our inept politicians don’t seem to think that the biggest economic upheaval in five decades is important enough to merit an impact assessment.

Given that every large masterplan our profession designs, or every road widening scheme is subject to an impact assessment, one has to wonder why.

I see the impact being three-fold. We will lose skills, access to markets, and change our cultural identity.

There are already some anecdotal impacts of the ‘vote’; lower numbers of Europeans applying for nursing jobs and a drop in European students applying to come to the UK to study, for example.

The Brexit impact assessment done by RIBA highlights the fact that architecture contributes £4.8bn annually to the UK economy, we sell a lot of services to overseas clients, earning £500m per year. A lessening of access to any of our markets will mean lost revenue. The RIBA report suggests that we could regain the revenue from countries like China, the US and UAE, but like everything to do with Brexit, this makes less sense to me than to just continuing to do business with our neighbours. Who wants to fly to China (with all its attendant difficulties of legals and finance) when you can take a train to Paris, Brussels or Amsterdam?

Currently, 23 per cent of the architects in the UK are from the EU. One in four of our profession is from a country where we (some of us) have said we no longer want a trade, cultural or visa exchange. More accurately, our politicians are interpreting the ‘vote’ as saying this, even though most of those who voted yes didn’t mean anything of the sort.

If we lose even a small proportion of the profession because of the vote, the impacts will be seismic. Why? Because those who come here to work as architects are the cream of the crop – the ones with the grit and determination to leave their home countries to better themselves, to work in a different language and culture, and to make the best of their talents. We have been fortunate to have them, it has raised the bar for talent here in the UK and losing them will have a big impact on those businesses that employ them.

Many of our client organisations employ EU staff as well, and all of them are busy dealing with the lack of new housing that we have allowed to accumulate over the last decade. Again, if they are negatively affected, that will slow down the growth in the industry and leave us struggling to cope.

Finally, in terms of skills, the construction sector in the south east relies heavily on foreign labour, most of it from the EU.

Losses in this area will have a big impact, as construction is a huge part of the overall economy. We have been increasing the supply of homes for a number of years now, and house price growth is slowing.

We need to keep increasing that supply if we are to have any hope of reducing the cost of new homes. Ideally we would be able to meet that demand with the current workforce, but that workforce is ageing, and losing skills faster than it can train people.

In the long term I hope that industrialisation of housing will help us to cope with the demand with fewer resources, but that is some way off. We will continue to need a proportion of foreign labour for the foreseeable future.

As an Irish citizen, I was in the slightly odd position of being affected by this labour issue, but also able to vote on it. Naturally, I voted no, but the vast majority of the EU workers who live here, pay taxes here and are in relationships with families here, didn’t have a vote on a decision that is going to have a dramatic impact on their lives.

This seems very unfair, and will have long term impact on the cultural relationship between us and the rest of Europe for a generation. We will gain a reputation for being uncaring and unfair that belies decades of tolerance, huge donations to charities for overseas aid, and providing welcome to refugees.

Our success as a country is based on that history of openness, tolerance and the integration of cultures, but a small group of extremists think that we have gone too far. Clearly we haven’t gone far enough. 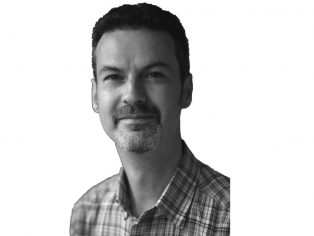