The enormous value of London’s booming architecture sector has been revealed for the first time, in new research published by the Mayor of London’s economics team in partnership with the London Festival of Architecture.

London’s architecture sector is a £1.7 billion industry, with growth outstripping both the creative industries and the London economy as a whole. The capital’s status as the global architectural hub is confirmed, with a large and diverse international workforce. Architecture is shown to make a major contribution to the UK’s balance of payments as one of the country’s most valuable creative exports. Key findings in the GLA Economics Working Paper London’s Architectural Sector include:

London architecture employs 22,800 people – three times the population of the City of London

The UK is a net exporter of architectural services, exporting £437 million more than it imported in 2015

London’s architecture sector will be on show during the London Architecture Festival, which runs across the capital from 1-30 June 2017. Speaking at the launch of the report at the MIPIM international property event in Cannes, London Festival of Architecture director Tamsie Thomson said:

“It is said that good design is invisible. Thanks to this research, the contribution of London architecture is now plain to see and it is high time to reassess its contribution. We have always known that London is the best place in the world to practise and study as an architect, and its social contribution is self-evident in the streets around us. Now we have the figures to prove that London’s architecture sector is a major economic player. 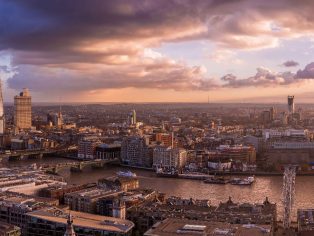