Situated just outside Birmingham, is Landy Vent UK Ltd, another unique success story for British innovation. This small thriving business on the surface may not immediately show up on the radar, but it’s a fascinating story of innovation and persistence. The company has been quietly developing a range of unique wood burning stoves. Yes, the market is already saturated with brand names, and there’s nothing unique about a wood -burning stove. BUT … the EccoStove is quite unique. Not only is it unique in its design, but also the ratio between the stove size and slow release heat output is what starts to get interesting.

The EccoStove uses a unique Silicon Carbide material mix, which not only stores heat but also releases it evenly throughout a typical four-bedroom house, with only ONE stove without any need to connect on to the house heating system or the need for fans. What further sets these stoves apart from the competition is their efficiency. With new efficiency and pollution standards being introduced to set targets for 2015 and ultimately 2022, the EccoStove already exceeds these targets.

They are the first stoves to be constructed using Silicon Carbide, a combination of the minerals Silicon and Carbon, which, when combined, is able to absorb extreme temperatures and then release heat slowly.

The E678 was launched in late 2010 and is a 9.4kw rated wood-burning stove which Landy Vent says: “will typically heat a three bedroom property on average, providing heat to all parts of the home without the need for pipe work or ducting from the appliance”

And the E730, a 10kW model, is the latest to be launched last year. David Ashmore, Managing Director of Landy Vent UK and designer of the Ecco Stove models explained in more detail the latest round of testing for the two models. He said: “We are delighted to report that both the 678EC and the 730EC have achieved ground breaking efficiency levels. The carbon to atmosphere and particulates to atmosphere tests done at Kiwa GASTEC at CRE recently show an 88% efficiency and CO emissions of just 0.07 grams per hour.” “When you consider this compared to what we understand the proposed European Standard for 2022 to be of 40 mg/m3 particulates and .12%CO to atmosphere and 65% efficiency, you can see why we are so delighted. Particularly when you bear in mind that the balance is difficult to achieve as, generally, the lower the CO requirement, the lower the efficiency tends to fall. Plus we have achieved these figures without compromising the heat storage capabilities of the appliance.”

The United States Environmental Protection Agency (EPA) has also recently proposed much stricter emissions regulations on residential wood and pellet burning appliances. At the currently proposed strictest levels appliances will have to meet 4.5 grams/hour in 2015 and 1.3 grams/hour standard in 2019.

The US is a rapidly developing marketing for Landy Vent with the Ecco Stove and David added: “The Ecco Stove is bucking the trend by increasing efficiency whilst lowering CO (Carbon monoxide to atmosphere). The Ecco Stove achieved 2.1/mg when tested at OMNI Laboratories in Oregon 2 years ago. So with our new combustion characteristics, we should comfortably meet the requirements for what is now being proposed for the US. With these, and much stricter levels than that already being adopted by some more forward thinking countries in Europe, we are confident that the Ecco Stove is perfectly positioned for future markets and customer demands.”

The Ecco Stove range is entirely manufactured in Britain following UK patents and David concluded: “We also now have applications pending for, and sales being made in Europe, Russia, Canada and America. These are exciting yet challenging times for the wood burning industry and Landy Vent UK Ltd is once again looking forward to welcoming visitors to its stand in Harrogate so that they can see for themselves the tangible benefits of the EccoStove range.” 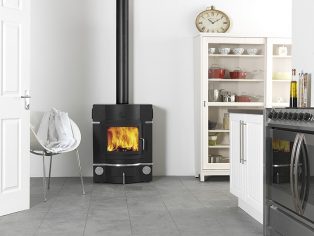 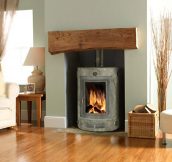 This is a summary of the test results carried out in May 2014 on the models EccoStove 678EC and EccoStove 730EC. Note: the targets for 2022 are shown in BLUE.