Family-run Conlon Construction, the only SME on the Education Funding Agency (EFA) Regional Contractors Framework, has received three awards in one week.

The firm, which has offices in Preston, Manchester and Harrogate, was recognised by BAE Systems in its annual Chairman’s Awards, receiving a Business Leader Award for Exceeding Customer Expectations during the Woodford Heritage Museum project.

Located near Stockport, the seven-figure project converted a former fire station into a modern aviation museum.

Secondly, the Society for Public Architecture, Construction, Engineering and Surveying (SPACES) chose Whitefield Infant School and Nursery Unit in Nelson, Lancashire, as its ‘Civic Building of the Year’ in the education category.

The contractor handed the building over in August 2014 following a 72-week heritage project to demolish/reuse existing derelict industrial and residential buildings and construct a two-storey, 20,990 sq ft facility.

Finally, board member Maureen Boland, was named Lancashire’s Best Property Professional of the Year at the inaugural Women in Business Awards (WIBAs)

Maureen, who joined Conlon Construction in 2000, was praised for her work at the 54-year-old firm which champions women in the sector.

“Being recognised for your work is always very humbling, but to have received three awards in one week is exceptional.

“As a Considerate Constructor we always take pride in the building work that we undertake and the stature of these accolades will be the icing on the cake for our whole workforce.

“One aspect where we all know improvements could be made is in addressing the lack of women in our industry, so we’re extremely proud of Maureen’s Women in Business achievement and hope that she continues to inspire young females into what can be a very lucrative profession.” 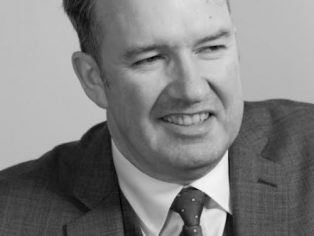