Trio of announcements from NaCSBA’s Right to Build Task Force, including new director

The National Custom and Self Build Association’s (NaCSBA) Task Force has announced its new Director, the second organisation to receive specialist support and the first expert to join the specialist team. The Task Force was launched in February 2017 with the aim of helping at least 80 local authorities, community groups and other organisations across the UK to deliver significantly more affordable custom and self build housing projects.

To lead the expert team, NaCSBA has announced Mario Wolf as the founding Director; Wolf takes up this role on secondment from the Department for Communities and Local Government. Wolf is no stranger to NaCSBA, he was seconded to the Association in 2015 to lead a research and development project that introduced the first comprehensive implementation toolkit for custom and self build housing in the UK.

At the DCLG Wolf recently led the implementation of the Government’s high profile Starter Homes policy, and prior to this he led the introduction and implementation of the Government’s custom and self build homes programme, which led to the introduction of the Right to Build. He is a chartered town planner with over 25 years public and private sector experience in planning, housing and development – both in the UK and abroad.

“I’m delighted to be joining the Right to Build Task Force as its founding Director. As recognised in the Government’s Housing White Paper, the Task Force can play an important role in supporting the delivery of significantly more affordable custom and self build homes. I also relish the opportunity to work across the UK to help boost this important sector and promote the diversification of our housing market.”

Since its launch the Task Force has received significant interest for support from organisations nationwide, with Buckinghamshire Advantage being the first to receive help. This was researching the potential for custom and self build housing to be a significant part of a 1,100-home mixed-use development at Aylesbury Woodlands.

The Task Force is now able to announce the second project to receive support, which will start imminently: advising East Northamptonshire Council on how custom and self build housing can be promoted across the district, including the potential for the proposed Tresham Garden Village to include this type of development. The Task Force will also advise North Northamptonshire Joint Planning Unit on its ambition to bring forward custom and self build across the wider North Northamptonshire area (Corby, East Northamptonshire, Kettering and Wellingborough), including at six identified Sustainable Urban Extensions, which collectively have capacity for over 20,000 homes.

“We and our partners have significant housing growth ambitions across North Northamptonshire. We see considerable potential for custom and self build housing to be part of the new housing mix. We look forward to receiving expert advice from the Right to Build Task Force about the optimum size, location and approach to its delivery.”

NaCSBA’s final announcement relates to a new expert joining the Task Force team – Joanne Ellingham has been announced as the first expert. Joanne is a senior consultant within planning practice HTA Design LLP. Her achievements include securing planning permission in Surrey for a development including nearly 1,000 new homes. Prior to joining HTA Ellingham worked as a planning officer at Broadland Council in Norfolk where she was involved in the plan-making process. She will work closely with Mario Wolf on advising on the Northamptonshire projects. More recipients of Task Force advice and experts will be announced soon.

Richard Bacon MP, who initiated the Right to Build legislation and is Ambassador of the Task Force, said:

“Custom and self build housing will only become mainstream if local authorities and other organisations truly harness the Right to Build. I’m delighted to see the Task Force taking big steps forward to give advice so soon. I couldn’t think of a more suitable candidate than Mario Wolf to lead the Task Force. It is also great to see the significant work in Northamptonshire following hot on the heels of the Task Force’s advice in Aylesbury. And I am also particularly pleased that the first Task Force Expert cut her planning teeth in Norfolk.”

“We know that over 18,000 people have already expressed interest in creating their own custom and self build home by signing up to their Local Authority demand registers. And the potential is likely to be much higher than this. The Task Force’s early progress means we are taking positive steps towards helping these people realise their ambitions.” 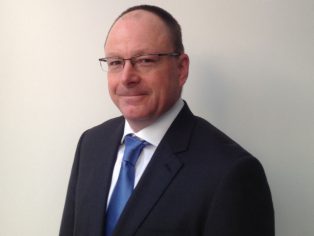