A landmark 20-year vision for the future of Tottenham – shaped by the passionate views of thousands of residents – has been unveiled by Haringey Council.

The Strategic Regeneration Framework (SRF), which sets out how local people’s priorities could be achieved through long-term regeneration, was agreed by the council’s cabinet on Tuesday.

In October, the council commissioned independent community engagement experts Soundings to carry out a five-month Tottenham’s Future consultation, as part of its commitment to placing local residents’ priorities at the heart of regeneration plans.

There was a great response from Tottenham residents and traders, with more than 3,700 people sharing their ambitions through feedback forms, pop-up events, exhibitions and a dedicated website.

Those priorities – such as better access to housing, employment opportunities, education and public transport – have directly influenced the SRF and the council has identified seven key changes needed for Tottenham to achieve its potential:

“We’re committed to the long-term regeneration of Tottenham, but it is vital that this is about more than just new bricks and mortar.

“I want to thank the thousands of residents who have had their say on Tottenham’s future during the last five months – their ambitions are at the heart of all our regeneration plans.

“It’s clear that high-quality housing, more jobs and training, and better public transport are among their priorities – but residents have been frank about other things that we need to do better.

“Tottenham was the last great London suburb built in the 19th Century. Together, we can make sure it is one of the 21st Century London’s best places to live, work and visit.”

The SRF is also influenced by the Tottenham Physical Development Framework – developed by planning experts Arup – which makes a series of recommendations for regeneration and demonstrates how Tottenham could look in 20 years.

To view the strategies and get involved in shaping Tottenham’s future, visit www.haringey.gov.uk/tottenham 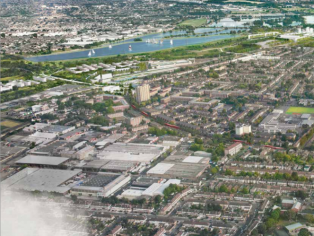