The impact of public rights of way on development

Footpaths, bridleways and byways traditionally traverse golden fields and green lanes, providing short cuts and leisure walks for local residents and countryside visitors. Yet these recreational routes are public rights of way, a type of public highway recorded on mapping by highway authorities, and as well protected in law as the road network. A developer should be aware that planning permission does not make any change to a public right of way within the development site. Houses subsequently built over routes, even when in accordance with approved layout plans, become illegal obstructions of the highway. Such houses are likely to prove difficult – or even impossible – to sell. Recent changes to property search questions bring the existence of public rights of way to the attention of prospective purchasers.

In assessing the potential of a development site, public rights of way are therefore an important item for the checklist. First there should be a check of the legal record of public rights of way (known as the Definitive Map and Statement) and then a site survey to identify any evidence of public access, especially any at odds with the legal record. Problems can be two-fold:

On a positive note, there is much a developer can do to decrease the likelihood of a public rights of way problem delaying or even defeating a development:

Public rights of way legislation is complex and archaic. Dealing with recorded or claimed routes after a development has started – or even finished – is time consuming, expensive and carries no certainty of outcome. An astute developer therefore collects the information needed and manages the situation from the outset. While dealing with a route can be demanding, selling houses with a public footpath through the kitchens and sitting rooms can prove impossible. 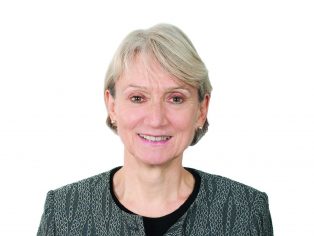