The “Google Effect”: how good office design can increase productivity

While this may be out of reach of many business owners, the so-called “Google effect” is not just style over substance.

According to a survey of more than 1000 workers across the UK, the design of their office has a significant impact on productivity.

The most important factors reported were having a spacious office, which was light and bright. 58 percent of office workers questioned said a spacious office would make them more productive, compared to an office with a cramped layout. 61 percent of those questioned also suggested a light and bright office would make them more productive.

Paul Seddon, from office design experts, officereality.co.uk, which carried out the survey, said:

“The Google effect has certainly been influential in terms of what workers now want from their office space.

“Companies like Google and Facebook have offices with sleep pods, slides instead of stairs and rooftop parks. While these extreme features are probably never likely to be a reality for most business owners, there are things they can emulate to create a light, bright and spacious office that promotes productivity and collaboration between staff.

“Facebook’s new offices in California has the the largest open floor plan in the world and this is something all businesses can look to recreate, especially when we consider that a spacious, uncramped office is the feature most workers desire.”

According to the survey, having a place to go and relax on breaks has the greatest impact on morale, with 53 percent of office workers saying that a nice break-out area boosts their morale. 66 percent of the survey’s respondents said that a quiet, calm environment makes them more productive. 50 percent said that modern ergonomic furniture would makes them more productive and 48 percent said an open plan layout would promote collaboration with colleagues.

A total of 1,372 UK office workers were interviewed online by Fly research between 30th March and 2nd April 2015. The sample covered all UK regions, and all age bands of working age. 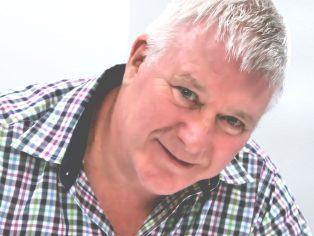