From Cornwall to the Isle of Mull, thousands of John Piper’s unpublished photographs of Britain are made available on Tate’s website today, many of them of unidentified locations. Piper originally began taking the photographs when he worked with John Betjeman on the Shell County Guides, capturing shots of ruined abbeys, churches, old shop fronts and country inns, often fascinated by remote or forgotten places. Tate is inviting online visitors to identify the unknown locations in the photographs, spotting local buildings, landscapes or even their homes, helping to complete this historic collection.

Nearly 6000 black and white negatives celebrating Britain’s countryside and architectural heritage will be published from the Tate Archive, spanning 50 years from the 1930s to the 1980s. The collection brings to light an important yet lesser-known area of Piper’s work. While many of the places depicted were documented by Piper when Tate acquired the collection in the 1980s, and research is ongoing, locations in nearly 1000 photographs remain to be identified.

The new items are published as part of the Archives and Access project, supported by the Heritage Lottery Fund with a grant of £2 million. The project draws on the world’s largest archive of British Art – the Tate Archive – and brings it together online with Tate’s art collection, giving unprecedented world-wide access to original materials. 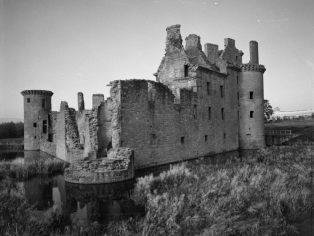