Tate icons to be seen all over the UK

Iconic art works will be lent to museums and galleries all over the UK giving audiences the chance to see some of Tate’s most famous works.

Tracey Emin’s My Bed 1988, on long-term loan to Tate, will be shown at Turner Contemporary in Margate, Emin’s home town, as well as in London and Liverpool. This will provide a unique opportunity for audiences outside London to see one of the most defining works of art of recent years.

Important works to be shared from the Tate collection include:

Tate also announced today that it is to expand its Plus Tate network of visual arts organisations by a further ten members. The Plus Tate network, now in its fourth year, currently brings together Tate and eighteen dynamic partner organisations across the UK focusing on modern and contemporary art. A total of 1.5 million people visited the Plus Tate partner galleries and institutions in 2013/14. Tate today said it would invite public cultural organisations and institutions, however large or small and wherever they were located in the UK, to submit expressions of interest to join the network.

‘Tate has had commitment to serving audiences beyond London for more than thirty years. The new initiatives announced today will further strengthen the national programme and join the successful ARTIST ROOMS, Circuit and Aspire projects and the Turner Prize. We are privileged to work in partnership with so many creative and resourceful organisations across the UK to ensure that everyone should have access to great works of art, historical and contemporary, wherever they live. It is particularly important that young people should be given opportunities to respond to contemporary art, as access to the art of their own time often sparks young people’s imagination, curiosity about the world – and a lifelong enjoyment of art.’

Six Plus Tate partners are participating in Circuit, a new national network for young people supported by a £5 million grant from the Paul Hamlyn Foundation. Its inaugural festival at Tate Modern attracted 12,000 young people in a single weekend and there is now a network of 145,000 people devising, delivering and participating in its creative programmes.

To date, ARTIST ROOMS exhibitions and displays have been seen across 62 UK venues outside Tate and National Galleries of Scotland who hold this important collection assembled by Anthony d’Offay. ARTIST ROOMS have been visited over 30 million times. Public collections have been added to through the scheme such as the gift of a work by Ed Ruscha to Wolverhampton Art Gallery.

Working with partners in Derry-Londonderry, Turner Prize 2013 was presented at Ebrington Barracks. In 2015 the Prize will be presented at Tramway in Glasgow.

The British Art Network, facilitated by Tate and supported by Arts Council England, contributes to the sharing of expertise, research and ideas of British art to the wider arts and heritage sector. As part of this, Tate’s Salisbury Cathedral from the Meadows 1831 by John Constable, was displayed in Wales for the first time in its history at the National Museum Wales in Cardiff through Aspire: National Network for Constable Studies, recently established to tour Constable’s six-footer to five partner venues. It was seen by almost 44,000 people and over 3,700 people taking part in learning activities related to the work. 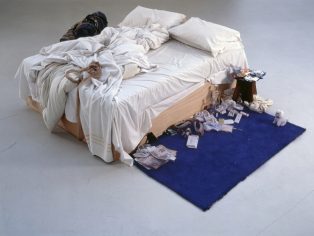