The much-welcome recent growth in the construction sector is underlining the importance of ensuring major projects are kept on track and are not afflicted by costly disputes.

Two recent court decisions have reinforced the importance of adjudication as an effective method of resolving disputes, writes Rebecca Sharpe of Rosling King.

These judgments are also a timely reminder to the construction industry that major projects need not be derailed by costly court proceedings.

They also serve as a warning to those who come off second best in the adjudication process that the courts will not easily overturn an adjudicator’s decision – even though it may be flawed.

Time is money in the context of a major construction project and Court proceedings can be an expensive and time consuming method of resolving disputes. Fortunately, there are other ways to get paid and get things moving much more quickly to keep projects alive and commercially viable.

Following service of a Notice of Adjudication by one party to a dispute, an independent Adjudicator will be appointed to consider the facts and the parties’ respective positions and will make a final decision within 28 days of referral. This is lightning-fast compared with the traditional court process.

One of the main advantages of adjudication is the binding nature of the decision, which stands and can be enforced in the courts unless and until challenged by subsequent arbitration or litigation. If the party on the receiving end of an adverse decision intends to challenge it, he must first comply with the decision of the Adjudicator.

This idea of ‘pay now, argue later’ is at the heart of adjudication as, if the flow of cash is stemmed by a dispute, this can kill a construction project and cripple smaller contractors engaged in it. This is bad news for employers, contractors and funders alike. Adjudication is particularly appropriate for resolving disputes in relation to delay and disruption and claims for payment.

The successful party to adjudication may apply to the Technology and Construction Court (“TCC”), a specialist division of the High Court, to enforce an Adjudicator’s decision. The TCC will enforce a decision, unless it can be shown that the Adjudicator has exceeded his jurisdiction or materially breached the rules of natural justice. Neither is easy to establish, significant hurdles must be overcome for an Adjudicator’s decision to be successfully challenged. The court will not interfere with a decision merely because the court considers that it was wrong and this has strengthened adjudication as an effective method of resolving construction disputes

Roe Brickwork Ltd –v- Wates Construction Ltd involved a dispute in which the Claimant company contended that its work had been delayed by the Defendant by 6 months and that it had suffered significant loss and expense as a result of the delay. The matter was referred to adjudication and, although the Adjudicator did not decide that a particular sum was due to the Claimant, he valued the Claimant’s claim at £381,459, less sums already paid.

The Defendant attempted to challenge the Adjudicator’s decision on the basis that the approach taken by the Adjudicator meant that he did not have jurisdiction to make the decision and/or alternatively that the Adjudicator had breached the rules of natural justice by failing to give the parties an opportunity to make submissions in respect of his approach.

The court decided that it would not interfere with the decision of an Adjudicator who had resolved the dispute referred to him, even if the court determined that the decision was wrong or that the Adjudicator made a mistake. In doing so, the court referred to the decision in Cantillon Ltd –v- Urvasco Ltd , in which the court held that there would only be a breach of natural justice if an adjudicator goes off on a frolic of his own and decides a dispute on a factual or legal basis not argued before him and without giving the parties an opportunity to comment.

In Brims Construction Ltd –v- A2M Development Ltd , the Defendant to a dispute sought to challenge the Adjudicator’s jurisdiction and argued for a breach of the rules of natural justice. This case involved a payment dispute and concerned an argument about the amount due to the Claimant as at a specific date.

The key issue to be decided was whether the Notice of Adjudication was sufficiently broadly drafted.

The Court decided that the Notice of Adjudication and Referral Notice were not necessarily determinative of the dispute. The Court held that it “should discourage esoteric arguments on jurisdictional grounds” and should not have to engage in “contorted mental gymnastics” when determining what precisely had been referred for adjudication. In this case, the Court determined that the dispute was essentially in relation to payments due by a certain date and that the Adjudicator was entitled to consider any argument, evidence or other material to assist in resolving the dispute. Further, the Court warned that a party who fails to challenge an Adjudicator’s jurisdiction promptly, or when there may first be grounds to challenge it, is taken to have accepted it.

These recent decisions illustrate the Court’s reluctance to interfere in the outcome of adjudication and the attitude of the Courts reinforces adjudication as an effective method of resolving disputes. The Brims case is a prime example of the Court’s aversion to parties picking through an adjudication decision in order to challenge it and avoid the consequences as this would go against the ‘rough and ready’ nature of adjudication and encourage parties to make routine challenges to decisions. The Court will usually find a reason to step away from a challenge to the decision of an Adjudicator unless it should clearly be set aside. This means that parties should expect to be bound by the decision made in adjudication.

Successful parties to adjudication will see it as an invaluable tool in resolving disputes quickly, which is for the benefit of all concerned in the prompt completion of a construction project that may otherwise have stalled and failed. Those subject to an adverse decision will speak of ‘kangaroo courts’ and ‘rough justice’, particularly if they have sought to challenge what they see as the wrong decision, only to be rebuked by the Court and slapped with costs.

Most employers and contractors would however agree that anything that keeps a project moving must be an advantage for a dynamic construction industry and the wider benefit of adjudication will surely be felt more keenly as the economy recovers. 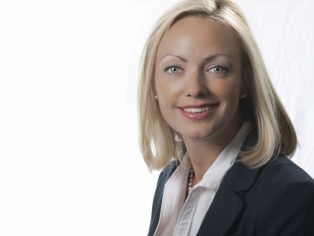