Skanska to build office in Norway, for NOK 340 million

Skanska has signed a contract with Ferd Eiendom AS to build an office property of 19,000 square meters outside Oslo. The contract is worth NOK 340 million, about SEK 360 million, and will be included in the order bookings for Skanska Norway in the fourth quarter 2015.

The Asker Tek building will have BREEAM Very Good certification. Construction will begin in February 2016 and is expected to be completed by December 2017. 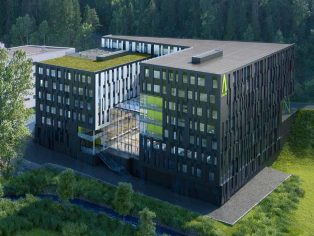