Skanska has signed a ten year lease with Linnaeus University in Kalmar, Sweden, which results in a construction contract worth about SEK 1 billion.

In addition, Skanska has received an order for conversion and extension of additional premises on the campus with an order value of about SEK 500 million. The contracts will be included in order bookings for Skanska Sweden for the first quarter in 2016.

Skanska develops and constructs three new buildings with a total area of 43,000 square meters, including an underground garage, in the eastern part of the campus. One building will house the university library while the other two houses classrooms, offices and laboratory rooms.

The second contract involves the refurbishment and extension of three houses up to six stories high, in the western part of the campus, with an approximate area of 22,000 square meters. These will primarily house lecture halls, auditoriums and offices.

The goal is that the refurbishment, the extension as well as the new construction will be environmentally certified in accordance with LEED.

Construction will begin in February 2016. The western part of the campus is expected to be completed by summer 2019 and the eastern part by summer 2020.

Skanska Sweden is one of Sweden’s largest construction and project development companies. It operates within building and civil-engineering construction and within residential and commercial development. The business unit had about 11,000 employees and revenue in 2014 amounted to approximately SEK 30 billion. 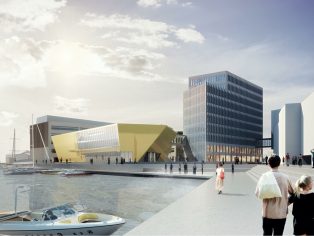 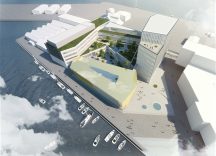