The Art Fund announced the six museums which have been selected as finalists for the Art Fund Prize for Museum of the Year. The museums are: Ditchling Museum of Art + Craft, East Sussex; Hayward Gallery, London; The Mary Rose Museum, Portsmouth; Sainsbury Centre for Visual Arts, Norwich; Tate Britain, London; and Yorkshire Sculpture Park, Wakefield.

The Art Fund Prize for Museum of the Year, awarded annually with a value of £100,000, was established in 2003 (formally the Gulbenkian Prize for museums and galleries 2003-2007) to recognise the very best of the UK’s internationally acclaimed museums. It has been supported by the Art Fund since 2008. Previous winners include the William Morris Gallery, Walthamstow, London (2013); the Royal Albert Memorial Museum, Exeter (2012), and the British Museum, London (2011).

The winner will be announced at a ceremony at the National Gallery in London on Wednesday 9 July 2014.

The finalists were chosen by an independent panel of judges chaired by Art Fund director, Stephen Deuchar. The judges are: Sally Bacon, director of the Clore Duffield Foundation; Michael Craig-Martin RA, artist; Wim Pijbes director of the Rijksmuseum, Amsterdam; and Anna Somers Cocks, chief executive of The Art Newspaper.

“2013 was a strong year, by any standards, for UK museums and it was no easy task to select a shortlist of six from an extraordinary body of applications. It is almost as if imaginative and innovative curatorship, combined with the highest standards of presentation, is no longer the exception but the rule. No wonder that the international reputation of UK museums is riding so high, and we’re delighted that the Museum of the Year will salute this through both the process of the competition and, of course, the £100,000 Prize.”

About the finalists and their 2013 achievements:

Ditchling Museum of Art + Craft, East Sussex
The museum reopened in 2013 after a major redevelopment and now offers the rare experience of seeing objects in the village in which they were created. The museum holds a nationally important collection of the artists and craftspeople who lived and worked in Ditchling in the 20th century. With a small team of staff and volunteers and a very limited budget the museum has transformed itself by making a bold, yet informed, set of decisions. Working with Adam Richards Architects, the complex site and buildings have been reimagined and are now fully accessible and welcoming. A dedicated learning space celebrates creativity with an exciting programme for all ages. The museum is now a fitting home to celebrate Ditchling’s important place in the history of applied art and design.

Hayward Gallery, London
The Hayward Gallery is one of the world’s most adventurous and innovative contemporary art galleries. 2013 was an exceptional year for the Hayward Gallery and Hayward Touring. Exhibitions addressed important issues in contemporary artistic practice, drawing creativity from neglected areas of art. Light Show attracted 190,000 visitors – many new – to the gallery whilst Alternative Guide to the Universe opened up collections of work rarely seen by the public and explored self taught artists, architects and fringe artists. Ana Mendieta: Traces and Dayanita Singh: Go Away Closer both brought crucial areas of current and recent artistic practice to London for the first time. In 2013, four highly eclectic Hayward Touring exhibitions, All That Is Solid Melts Into Air curated by Jeremy Deller and The Universal Addressability of Dumb Things curated by Mark Leckey plus two Arts Council Collection exhibitions, Grayson Perry: The Vanity of Small Differences and Uncommon Ground: Land Art in Britain, 1966-1979 brought intriguing combinations of contemporary art, historical artefacts and masterpieces of both national and regional importance to 750,000 people in fifty towns and cities across the UK. Through these exhibitions, the Hayward Gallery and Hayward Touring enlarged the range of material seen in museum exhibitions and drew new and diverse audiences to the visual arts across the UK.

The Mary Rose Museum, Portsmouth
The Mary Rose Museum opened in May 2013 and demonstrates excellence, innovation and imagination in the presentation of a truly unqiue artefact and its associated objects. The museum displays the starboard section of the flagship that served Henry VIII for 34 years, before spending over 400 years under the Solent. For the first time, the ship has been reunited with the possessions of the crew and all the material of a Tudor warship. The Mary Rose and its unique collection are now housed in an extraordinary and elegant museum. The permanent exhibition engages visitors through the intensely personal nature of the objects and the stories they tell of the people on board, providing an inimitable insight into Tudor life. Everything in the museum is from one archaeological site, capturing the moment when the ship and most of the crew were lost. The museum is the fulfillment of the ambitions of the thousands who have worked on the project.

Sainsbury Centre for Visual Arts, Norwich
Housed in a listed masterpiece of modern architecture, the Sainsbury Centre for Visual Arts is at once a public gallery of art and a centre for scholarship, its collections, exhibitions, and activities driven by two core ideas: the Modern, and World Art. In the last quarter of 2013 the Centre brought to completion a two-year strategic plan which saw every aspect of the institution’s functions transformed. Foster+Partners, the building’s original architect, designed new facilities, which include the largest contiguous space for temporary exhibitions in eastern England; superb new spaces for the permanent collections; two galleries themed around modern and contemporary art; and a new shop, café and leisure area. On 14 September 2013 the Centre launched its new facilities with a complete redisplay of the permanent collection (of over 500 works), and its largest and most ambitious exhibition to date, Masterpieces: Art and East Anglia. The exhibition contains 280 works across all media and explores the artistic heritage of the region from prehistory to the present. The exhibition has received wide-ranging national critical attention. In the single year of 2013, the Centre more than doubled its normal annual attendance.

Tate Britain, London
The new Tate Britain, which was unveiled to the public in 2013, has today been announced as a finalist for the Art Fund Prize for Museum of the Year 2014. The transformation of the oldest part of the Grade II listed building by architects Caruso St John marked a significant moment for the gallery. In May 2013, following the refurbishment of nine galleries to 21st century standards, the world’s greatest collection of British art was represented in a new continuous chronological display: the BP Walk through British Art. The display now places well known favourites alongside less familiar artworks. Additionally BP Spotlight collection displays were also introduced to offer more variety and depth on particular artworks, artists or themes.

In November, the main entrance on Millbank reopened, combining newly created spaces around a new spiral staircase along with the restoration of some of the most beautiful original elements of the building. New learning studios and a dedicated schools’ entrance and reception, together with the opening of the Rotunda’s balcony as an elegant members’ area, a new café, artist commissions and a new focus on the archive have transformed the experience of the 1.5 million visitors who enjoy Tate Britain each year.

Yorkshire Sculpture Park (YSP), Wakefield
Showing work by UK and international artists, including Henry Moore and Barbara Hepworth, YSP seeks to provide a centre of international, national and regional importance for the exhibition and appreciation of modern and contemporary sculpture. 2013 was YSP’s busiest year ever with the presentation of world-class exhibitions by acclaimed artists such as Yinka Shonibare MBE, Amar Kanwar and Hans Josephsohn. The year also marked the momentous opening of Roger Hiorns’ Seizure, 2008/2013, an important and stunning addition to the Park. Its innovative learning programme has gone from strength to strength with the introduction of the groundbreaking new project, Breathing Space, the successful pilot All Aboard and further development of Spark, Ignite and Vivify, all of which have been vital in engaging new audiences and providing a unique art experience for hard to reach groups. In improvements to YSP’s 500-acre estate, restoration work was carried out on YSP Chapel and Dam Head Pump House. Both buildings will reopen to the public in 2014.

Full information about the Art Fund Prize for Museum of the Year 2014 can be found at http://www.artfund.org/prize 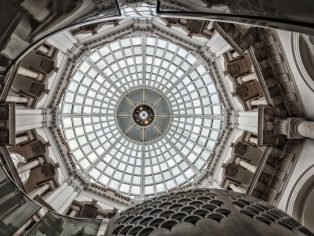