Overall the value of work starting on site in the three months to April was 23 per cent up on the same period of a year ago, according to the latest Glenigan Index. This is a marked improvement on both the preceding three months and the same period in 2015, when the flow of project starts was disrupted ahead of the General Election. 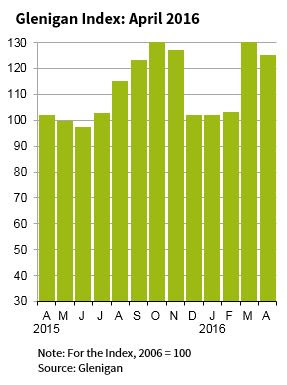 “The rise in starts during the three months to April is welcome news. It is particularly encouraging that the pick-up in project starts has been broadly based across all construction sectors, including a sharp rebound in civil engineering work.”

“Near term we anticipate that investor nerves may dampen the current upturn in project starts ahead of June’s EU referendum. Nevertheless we anticipate that there will be a rise in projects going out to tender over the coming months as clients’ line up work to start in the second half of the year.”

“Accordingly while the impending vote may dampen project starts in the near term, the second half of 2016 could see a sharp rise in activity as private investors press ahead with projects once the issue of EU membership has been resolved.”

The current rise in project starts has also been broadly based across the UK. Those areas worst affected by flooding and water logged ground at the turn on the year have seen the sharpest turnaround in project starts. The North East, North West, West Midlands East of England and Scotland all saw sharp increases in the value of projects starting on site during the three months to April against the preceding three months.