The redevelopment will change the face of the Marina with a brand new seven-storey development overlooking Poole Harbour, a five-star hotel and 73 luxury apartments being developed on the site of the old hotel.

Richard Carr has acted on behalf of Salterns Marina to put together the application and has previously said: “They believe that the time has come to give Poole a world class marina, a new hotel, spa and a high quality restaurant overlooking our magnificent harbour.”

Carr also revealed that he is in negotiations with the owners of the iconic popular restaurant in London’s West End, the Ivy, about potentially opening rooftop branch at the new building which is set to replace the Harbourside Hotel.

The development will also feature a spa and gym for the local community, a state of the art marina facility and a 226-spaced car park.

The Marina is also being “future-proofed” thanks to £7m being spent on raising the sea wall to protect the area from the threat of flooding.

“I think this is future-looking and not looking backwards. I strongly believe this town needs that to protect its economy and to provide jobs,” said Cllr Pawlowski.

“We should be taking advantage of our harbour to promote and help our area, and that area is so tired.” 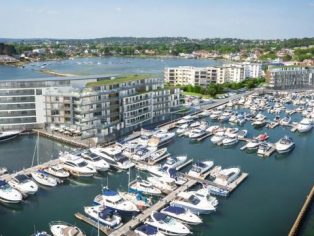