Redrow has been awarded Apprentice Employer of the Year at the 2016 Express & Echo Business Awards. This award recognises organisations which go the extra mile to help their apprentices succeed and are inspirational role models for other employers.

Redrow (West Country) were among 300 guests at the black tie awards ceremony held at Sandy Park on Friday 8 April. Redrow was awarded Apprentice Employer of the Year for its Apprenticeship Programme, which is proactively developing and driving the number of apprentices into its business in a concentrated bid to address the shortfall in the number of skilled trades people in the South West.

“We’re delighted to be recognised for our dedication to our apprentices – we believe they are the lifeblood of the business, as they form the future supply chain of workers, future site managers – even future directors. We were up against some really strong contenders in the awards category, so this is a huge achievement for Redrow.”

“Young people bring fresh ideas, energy and enthusiasm to the workforce, and we’re proud to have an Apprenticeship Programme that helps develop young talent and increase business productivity. We’d like to thank the judges for this recognition and look forward to welcoming many more apprentices in the West Country as we support Redrow’s pledge to take on 100 apprentices in 2016.”

To find out more or apply for one of Redrow’s apprentice schemes visit: www.redrowcareers.co.uk/apprentices. 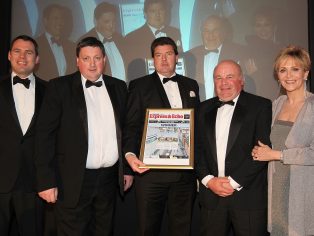