The Chorley-based division of the national housebuilder has brought in Mark Dawson in the role of technical director and James Whiteley as commercial director as it looks to expand its Lancashire portfolio of sites in the year ahead.

Mark, 51, brings 20 years’ experience in housebuilding to his role, having spent the last 15 as technical director at Taylor Wimpey Manchester. Earlier in his career he ran a subcontracting business having followed in his father’s footsteps to become a qualified civil engineer.

He now manages an 11-strong technical team at Redrow, a company he has long admired for its high standards. He said,

“Our team’s function is largely to support the land, commercial and construction teams, through collaboration and teamwork. Once land is acquired we will design and engineer the site to ensure we deliver new developments for construction in a timely manner. As a business we are looking to secure some key new sites in the near future.”

Originally from Chorley, keen snowboarder Mark now lives in Acton Bridge, Cheshire, where he built his own home – part barn conversion, part new build – two years ago. Not surprisingly, given his day-job, he completed the project bang on the seven-month timeframe he set himself and within a whisker of his budget.

Mark also has a passion for mentoring having previously supported former team members to develop their skills and eventually become technical directors themselves. He added,

“I enjoy helping people to develop and that includes providing day-to-day mentoring and sharing of knowledge. It’s very satisfying to see people I’ve worked with achieve their full potential. I hope to continue that with Redrow who are very committed to training and employee development.”

12 years ago he relocated to the Middle East to lead the commercial team of a large contractor building residential schemes. Prior to joining Redrow he was seconded to work for the Dubai Government, while working for an American consultancy, to support the delivery of a £470m residential development scheme which formed part of the larger Expo 2020 Dubai project.

James, who has a degree in construction management and a masters in construction law, is a Chartered Member of the Royal Institution of Chartered Surveyors (MRICS). Like Mark, he is keen to encourage personal development among his new team.

“I’m looking forward to heading up the commercial team, supporting colleagues and creating a working environment that encourages personal satisfaction and development.”

“I’ll also be working to ensure our team fully supports the changing demands of the region. Our focus will be to manage regional build costs and provide budget certainty in a changing market.”

James’ faith in the company is clear, as he has recently purchased a new Redrow home and is looking forward to moving in with his family early next year.

“Mark and James bring a wealth of experience to the company and a real depth of knowledge in their specialist fields. We’re delighted they have chosen to join Redrow Lancashire as we look ahead to an exciting future, with a focus firmly on acquiring new land for development.”

From its based at Buckshaw Village, Chorley, Redrow Lancashire is actively seeking new opportunities in the Chorley, Leyland and Wigan areas; as well as further south including parts of Greater Manchester, Merseyside and Cheshire.

For details of where Redrow (Lancashire) is currently building see www.redrow.co.uk/lancashire 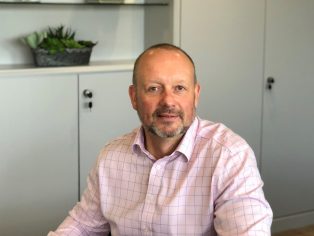