Sally Osmond of Frontier Pitts discusses the importance of impact testing for product solutions for defence against vehicle-borne attacks, and looks at relevant regulations

In the UK, and indeed the rest of the world, the current terrorism threat is constantly changing, meaning that vulnerable sites need to be constantly assessing the risk. One method of terrorist activity is vehicle-borne attacks, ranging from ram-raiding to suicide missions. Site owners and operators need to protect their assets, including property and people, from such attacks with the appropriate protective security, including vehicle security barriers (VSB). The generic types of VSBs include: gates (bi-folding, hinged and sliding), arm barriers (rising and swing), bollards (rising, static, shallow and removable) and road blockers (surface mounted, shallow and deep). There are a range of standards that relate to the impact testing of barriers, which help identify the most suitable VSB for each individual site. The standards specify test criteria, including type of vehicle and speed that the VSB is capable of stopping and immobilising. Those responsible for securing a site at risk of a vehicle attack, such as designers, planners, architects, security managers or facilities managers within the public and private sectors, need an understanding of these standards and where to get advice on the measures to put in place. Such advice can be found by the manufacturers themselves, some manufactures can provide CPDs on helping architects identify what are the most suitable measures to put in place and how to compare all the different standards (and therefore the products) available in the market. These CPDs can also provide guidance on installation of VSB and the standards relating to the installation.

A car bomb, or truck bomb (VBIED), is an improvised explosive device placed in a vehicle then detonated. It is commonly used as a weapon of terrorism and normally kills the occupants of the vehicle (suicide bombers), people near the blast site, and to damage buildings or other property. A vehicle bomb acts as its own delivery mechanism and can carry a relatively large amount of explosives without necessarily attracting suspicion.

The Centre for the Protection of the National Infrastructure (CPNI) produces the Catalogue of Impact Tested Vehicle Security Barriers (CITVSB), containing the impact tested products it has tested through its research program – against the key standards. This is the key catalogue in the UK and any manager of a key critical national infrastructure site in the UK should contact CPNI for a copy or further information. The PSSA Hub is an additional key resource. There are various specifications for the impact testing of VSBs. From the beginning of 2014, the UK government’s “elite VSB testing programme” has impact tested products under International Workshop Assessment (IWA) 14. This replaced the British Standards Institution (BSi) Publicly Available Specification (PAS) 68, however products tested under this specification have been given ‘grandfather rights’ and remain on the Catalogue of Impact Tested products. Although the above list of requirements can be daunting, we are available to discuss all details of any project in more detail and advise accordingly. We would also welcome the opportunity to provide a CPD to any architectural organisation.

The IWA14 specification is now the main standard in the UK that all manufacturers use to test their product developments. IWA 14.1 and 14.2 are new international ISO International Workshop Agreements that combine and update elements from PAS 68, PAS 69, ASTM F 2656 and CWA 16221, as well as new content. • IWA 14-1:2013 is the International Workshop Agreement which specifies the essential impact performance requirement for a VSB and a test method for rating its performance when subjected to a single impact by a test vehicle not driven by a human being. • IWA 14-2:2013 provides guidance for the selection, installation and use of VSBs and describes the process of producing operational requirements (ORs). It also gives guidance on a design method for assessing the performance of a VSB.

BSi PAS 68 is the latest Publicly Available Specification from the British Standards Institute (BSi) for vehicle security barriers. It has become the UK’s standard and the security industry’s benchmark for HVM (Hostile Vehicle Mitigation) equipment, and is the specification against which perimeter security equipment is tested as part of the ongoing research to prevent VBIED (Vehicle Born Improvised Explosive Device) attacks. BSi PAS 69 complements this specification by providing guidance on the installation of the tested product.

When designing the landscape, key importance should be given to the asset of the site and potential threats. For instance, when designing a Public Realm or Crowded Place venue, the threat could be a vehicle as a weapon (VAWs). What speed could a potential hostile vehicle reach on the run up to the site? Could landscaping to avoid a clear run up to the asset help? If the site, or neighbouring site, you are designing is at risk from VBIEDs, the National Counter Terrorism Security Office (NaCTSO) has published Security Advice that can help. Each police force across the UK has a number of Counter Terrorist Security Advisors (CTSAs) which are headed by the NaCTSO (The National Counter Terrorism Security Office). Additionally, the Centre for the Protection of the National Infrastructure can offer further advice. 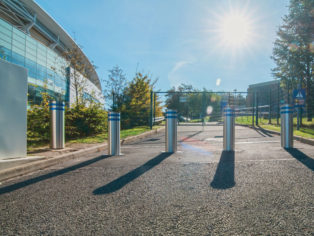 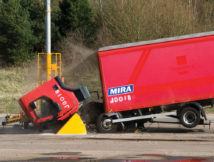 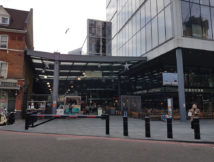