A property developer has been fined a record-breaking £725,120 for building a six-storey block of flats in Hoxton, East London without planning permission.

Hackney Council first ordered Yusuf Sarodia, the sole director of Garland Development Limited, to knock down the block in August 2011. Since then they have been engaged in a bitter battle over its demolition.

After ignoring the enforcement order for over 4 years, in November 2015 the company and property mogul Mr Sarodia were both prosecuted successfully by the Council under section 179(8) of the Town and Country Planning Act 1990 and sentenced for the offence of failing to demolish the property.

They were also ordered to pay the record-breaking fine by a confiscation order under the Proceeds of Crime Act 2002.

Under section 179(8) of the Town and Country Planning Act 1990, contravention of a planning enforcement notice is an offence with the offender liable upon conviction to an unlimited fine.

Mr Sarodia was fined £10,000 plus legal costs for failing to comply with the enforcement notice and issued with a confiscation order for the seizure of over £700,000. The intention was to confiscate the money which the company made illegally through its private rentals of the 34 flats in the building.

The confiscation order is understood to be one of the largest ever for a planning crime. Hackney Council will receive a third of the £700,000 when it is paid, with the rest to be split between the court and the Treasury. The Proceeds of Crime Act 2002 has only recently started to be used by councils for breach of planning laws and it sends out a strong message to other developers that planning rules are not to be ignored.

The Council say that they will consider further enforcement if action is not now taken to demolish the building. As a worst case scenario, if the property is not demolished the matter could end up in the Court of Appeal with Mr Sarodia and the Company liable for even more legal costs. At the time of writing the building is still standing, although currently empty.

Quite apart from the legal consequences that property developers face if they build without the necessary planning permissions there are implications for other parties which in turn could reverberate on the offending developer.

Standard of building works
A developer who is prepared to flout planning law in this way may well not bother to obtain Building Regulations or CDM Regulations either. If the building is unsafe the tenants of the flats are at risk of injury and damage.

Gas and electricity regulations
These are designed to protect the safety of occupiers and if ignored could also place the flat tenants at serious risk.

Insurance
It is doubtful that the developer would be able to obtain buildings insurance or indeed any other type of insurance routinely taken out by landlords of private rented property due to the lack of planning permission. This would include occupiers’ liability insurance which would provide cover for tenants suffering damage or injury as a result of shortcomings in the construction of the building.

Mortgagees
If the developer had mortgaged the land before building the unlawful block of flats they will certainly be in breach of the conditions of their mortgage. This could result in repossession and the mortgagee seeking to recover all of its expenditure in complying with the enforcement order under the terms of the mortgage deed.

Tenancies
The building is currently empty, but it would be interesting to know what would have happened to the short term tenants of the 34 flats if they were still in occupation who may have been forced to move out in the middle of the contractual term of their tenancy.

Purchasers
The developer may have sold or still be trying to sell long leases of some of the flats. Unsuspecting purchasers may have paid out deposits which ought to be fully refunded, but there may be unlucky purchasers still trying to get their deposits back. Of course, it is standard for planning permissions to be checked by a conveyancing solicitor as part of the buying process. It is however conceivable that a buy-to-let investor intent on proceeding as quickly as possible may instruct their solicitor that no local search is required. The buyer may think “how could a six-storey block of flats possibly be erected without planning permission?” This could prove to be a very big mistake indeed.

Neighbours
Neighbouring properties could also suffer damage as a result of unregulated building works resulting in claims being made against the developer for injunctions and/or damages for negligence, nuisance or breach of the Party Wall Act 1996.

Reputation
Mr Sarodia has also damaged his reputation and goodwill in the property market. Purchasers will be unwilling to buy his properties and reputable developers may be unwilling to transact with him knowing that he does not comply with planning laws.

Property professionals
Needless to say there is plenty of scope for negligence claims against developers, solicitors, surveyors and other professionals arising out of any of the above risks. Some commentators say “why make the developer take the building down when it is fully occupied and there is a housing shortage in London?” That cannot be right; there is too much at stake to allow such flagrant defiance of the law go unheeded. There are increasingly rare opportunities to develop valuable land in London and the rest of the UK should be reserved for law-abiding housebuilders and developers with high standards of consideration for those affected by their developments. 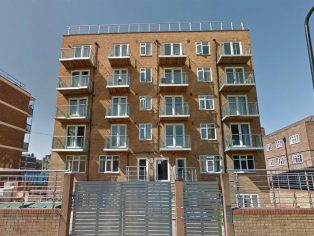