Planning has been granted for a major new mixed use development in Ealing, which will see the creation of 323 units of high quality student accommodation, alongside 35,000sqft of commercial and retail space, within minutes of central London.

With the proposed HS2 and Crossrail station for Old Oak, the area is central to a 30-year regeneration master plan currently under consideration by the Mayor, Transport for London and neighbouring Borough Councils.

The brainchild of young entrepreneur, Reza Merchant (25) – founder and CEO of The Collective, the new development will pioneer a modular method of construction in partnership with industry leader, Mace Group.

The offsite manufacture of fully pre-fabricated modules, including interior fit-out, will significantly reduce onsite construction requirements and allow sections of the building to be built in parallel, as opposed to traditional linear methods.

In just two years, The Collective has developed an impressive portfolio of large-scale conversions across London; breathing new life into abandoned buildings to create its unique concept of shared living. The brownfield site on Old Oak Lane represents its first new build project. It was progressed from inception to planning permission in just four months.

Currently home to a disused eight-storey 1970s office block, which has remained derelict for the last five years, the new development aims to transform the area into a thriving new community for young people in the Capital.

Student accommodation will benefit from large amenity spaces on each floor, including lounge, library, bar, gym, spa and private event space, plus large roof terraces. Like all properties from The Collective, accommodation at Old Oak will provide services including 24 hour concierge, weekly cleaning and laundry.

The ground floor will comprise 5,000sqft of retail space and 30,000sqft of commercial space, earmarked for a modern incubator facility designed to support the next generation of young entrepreneurs. Meanwhile a new community centre will introduce a flexible space for local residents.

“This is a significant milestone, both for The Collective and for the regeneration of the Old Oak area. The positive response to our plans is a true testament to quality of the team behind them. We are very excited to be working with respected industry leaders such as Mace Group and PLP on such an innovative and ambitious project, particularly as we prepare to pioneer a new approach to construction.”

The project on Old Oak Lane will also see the regeneration of the neighbouring canal side to create a new public realm – a much needed benefit the local area, with new and improved access to the waterfront. It will be designed to encourage ‘footprint-free’ travel with 275 bicycle spaces, and only electric charging points and disabled car parking spaces.

Construction starts later this month with the first half due for completion late summer, ready for occupancy for the 2014/15 term. Full completion is due later in 2015.

The Collective Old Oak is being delivered in partnership with Mace Group, PLP Architecture and WSP Group. 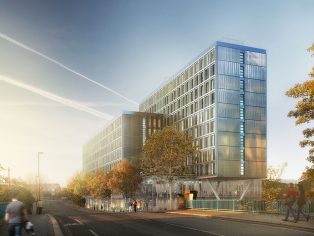 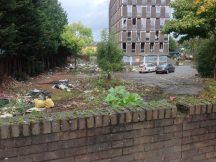