Peab to build a new school in Skara

Peab has been contracted to plan, design and build a new 7-9 school in Skara, Sweden. The client is Skara Municipality and the contract amounts to approximately 220 million.

The new school comprises approximately 11,000 sqm and the new school will replace an existing school that will be demolished.

The new school will be classified according to the Green Building Silver and will be characterized by modern design and a completely new design language with a focus on visual contact at all stages.

An example of this is that the gymnasium will be located in the middle of the building, with “transparency” from other public areas and function rooms.

The school is expected to be completed during the summer 2017.

Project will be order reported in the fourth quarter in 2014.

At the publication of press images indicate photo: AART architects. 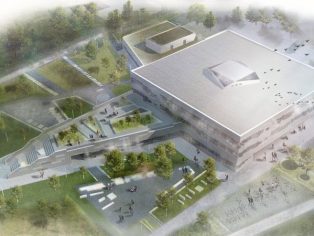